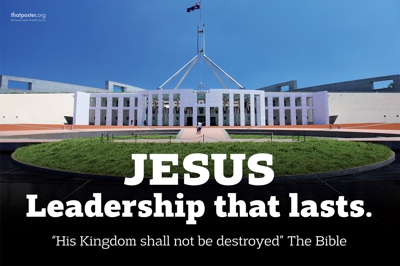 Over ten years, Australia has had seven prime ministers. ‘Madness’ said Malcolm Turnbull, the last prime minister to ‘get rolled’. Meanwhile, the media in other countries are describing us as the ‘coup capital of the world’. Here in Australia, voters are wondering exactly who and what they voted for.

The problem with changing leaders so often is that it’s hard for Prime Ministers and governments to implement a long-term vision. It takes time to build trust and relationships. It takes time to develop big ideas and work through obstacles to achieve them. But if leaders are being ‘rolled’ on a regular basis then the general public are entitled to think none of those good things are happening.

Although we Australians feel a little embarrassed about our leadership changes, it’s worth noting that political instability is commonplace in every country. And it’s always for the same reasons. We have a revolving door of Prime Ministers because political parties and the wider general public can’t agree about what the future should look like. Add jealous, personal rivalries and prejudice and you get instability.

But the Bible speaks about a leader whose vision stretches beyond the borders of this country into all of eternity. It speaks about a government where everyone who belongs will be happy and united – including people from all races and tribes.

That leader is Jesus. Here is how two prophets writing thousands of years ago described His rule. The great prophet Isaiah said,
“… The government will rest on his shoulders … his government and its peace
will never end” (Is. 9:6-7)

While the prophet Daniel spoke not just of an endless rule, but of a safe place open to every tribe and people group,
“He was given authority, honor, and sovereignty over all the nations of the world, so that people of every race and nation and language would obey him. His rule is eternal—it will never end. His kingdom will never be destroyed” (Daniel 7:14).

If you’re cynical and jaded about leaders then Jesus is a reason to start believing again. If politics have burned you badly then know that Jesus won’t let you down. He’s the true King, the real messiah, a leader you can be genuinely excited about!

Prayer: Dear God, thank you that Jesus is a leader we can trust and who will lead us home to heaven.

This entry was posted on September 14, 2018 by George Hawke. It was filed under Christian, Gospel, Spiritual and was tagged with Australia, Jesus, leadership, Outreach Media, Prime Minister.