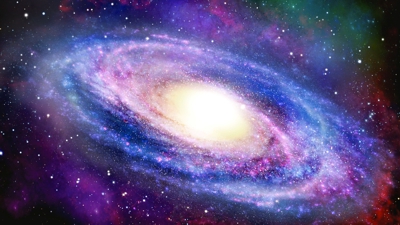 On the sixth day of creation God told Adam and Eve, “I give you every seed-bearing plant on the face of the whole earth and every tree that has fruit with seed in it. They will be yours for food” (Gen. 1:29). So the trees had fruit that could be eaten, indicating that they were mature.

Genesis 2:5-25 focuses on the creation of man and woman on the sixth day of creation. On the sixth day of creation, “the Lord God commanded the man [Adam], “You are free to eat from any tree in the garden; but you must not eat from the tree of the knowledge of good and evil, for when you eat from it you will certainly die” (Gen. 2:16-17). So the trees had fruit that could be eaten, indicating that they were mature.

So the vegetation that was created on the third day of creation was unique because it didn’t come from seeds and had no seedling stage. Instead of developing from a seed, it began life as mature plants so that it could be eaten by the animals and Adam and Eve on the sixth day of creation (Gen. 1:29-30; 2:16-17).

Which came first, the chicken or the egg? This is an old riddle. All chickens hatch from eggs, and all chicken eggs are laid by hens, which are adult chickens. That’s a rule of nature that applies since the time of creation, but not on the sixth day of creation when God created chickens (and other living creatures) that didn’t hatch from eggs. God told the living creatures that He created to “be fruitful and increase in number” (Gen. 1:22). It’s stated specifically for marine creatures and birds (on the fifth day of creation) and by inference for land creatures (on the sixth day of creation). This implies that the creatures were mature so they could reproduce.

So the creatures that were created on the fifth and sixth days of creation were unique because they didn’t come from eggs and had no juvenile stage. Instead of developing from an egg, they began life as mature creatures so that they could be named and enjoyed by Adam and Eve on the sixth day of creation.

As God created mature plants and mature animals during the days of creation, this implies that He also created mature ecosystems. All the cycles of nature were established and in equilibrium by the end of the sixth day of creation. They didn’t have to develop from simple to complex as imagined by the uniformitarian hypothesis.

Human beings begin as a single cell called a zygote. A zygote grows into a blastocyst. A blastocyst grows into an embryo. An embryo grows into a fetus. And a fetus grows until the baby is ready to be born. These stages of human development occur within the mother’s uterus.

But a zygote, a blastocyst, an embryo, a fetus, a newborn , an infant, and a toddler can’t do these tasks. A pre-schooler can understand and choose to obey or disobey a simple instruction, but they couldn’t take care of the Garden of Eden. An adolescent may be able to name the livestock, birds and wild animals, but they wouldn’t be mature enough to be married and care for children.

So Adam and Eve, who were created on the sixth day of creation, were unique because they had no mothers and no childhood. Instead of developing from a zygote, they began life as mature adults.

According to the Big Bang model, about 14 billion years ago there was a “big bang” and stars like the sun formed from the exploding gases. Then about 5 billion years ago, planets like earth formed around the stars. It is assumed that the complexity of the universe increased with time. It began with quarks and then to protons and neutrons, and then to hydrogen and helium atoms, and then stars were formed, and in the last stage of a star (supernova) it explodes and new chemical elements are formed, and eventually the solar system and earth were formed.

On the fourth day of creation, “God made two great lights—the greater light [sun] to govern the day and the lesser light [moon] to govern the night. He also made the stars. God set them in the vault of the sky to give light on the earth, to govern the day and the night, and to separate light from darkness” (Gen. 1:16-18). This is a description of the creation of the sun, moon and stars. As is the case today, the sun provided direct and diffuse light during the day-time and the moon could provide reflected light during the night-time. So the sun and stars were already shining and visible on earth when they were created.

You may say, that’s impossible! Yes, under the laws of nature, divine creation is impossible. But God created the laws of nature and since the creation of the world and the universe, everything has operated according to these laws. But the creation itself is an exceptional case (like a singularity) because God used His miraculous powers during the six days of creation. Every part of the six-day creation was miraculous in some way because God creates in a supernatural way. When God creates, He doesn’t need a long time. In fact Jesus created wine and food instantaneously (see Appendix).

How did God do it? How did God create the stars and galaxies? The Bible says,
“By the word of the Lord the heavens were made,
their starry host by the breath of His mouth …
For He spoke, and it came to be;
He commanded, and it stood firm” (Ps. 33:6, 9).
This is a poetic way of saying that by God’s command all creation came into being. 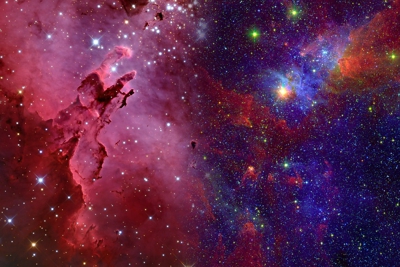 According to the Bible, which was inspired by the God who created the universe, the universe was enormous at the beginning and didn’t need a long time to form. The Bible says that God created the universe in six days about 6,000 years ago. This is the plain meaning of the Bible as it was intended by the authors and as it would have been understood by the Israelites. This written historical evidence trumps and invalidates the assumptions made in the Big Bang model.

This shows that a belief in uniformitarianism can lead to severe overestimates of age. The difference in this case is a factor of 230,000 which is over 5 orders of magnitude!

This also has implications in our understanding of the universe. When uniformity is used to say that we are seeing the universe as it was millions and billions of years ago we are crossing a boundary condition (the beginning of the universe) where the laws of the universe (such as General Relativity and cause and effect ) are no longer applicable. If the universe began 6,000 years ago, then calculations that give larger ages are due to the use of false assumptions in a uniformitarian model.

I know that this view isn’t generally accepted today because people usually assume that the universe was formed in accordance with known laws of physics (although there is no evidence of this). This is the assumption of uniformity (of physical laws) over long periods of time, with no allowance for a supernatural creation. Because of this assumption a straw man argument is often made, such as claiming that fossils are older than 6,000 years in age or that God created fossils in sedimentary rocks (false evidence).

This entry was posted on March 19, 2019 by George Hawke. It was filed under Christian, Creation, Spiritual and was tagged with assumptions, bible, big bang, evolution, galaxies, huge, mature universe, stars, uniformitarian, universe.