What happened to the priests? 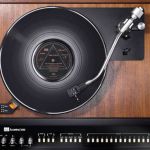 I have collection of vinyl musical records, but no record player because they are obsolete today. Likewise, audio cassette tapes are obsolete. And CDs are heading that way as well! Smart phones have replaced alarms, diaries, low quality cameras, calculators, MP3 players, and GPS devices. These are also obsolete! New technology replaces the old.

Let’s look at the roles of priests in public worship in Old Testament times and whether there are any implications for the New Testament church. We will see that because Christ’s sacrifice atoned for our sin, we no longer need priests. They are obsolete because there is no need for a human mediator between us and God. But all Christians have a joint responsibility to worship and serve the Lord and to bring the good news about Jesus to all the nations of the world.

The Hebrew noun translated “priest” (kohen, Strongs #3548) occurs 750 times in the Old Testament. It is used frequently for men who represented the people before God by offering sacrifices, carrying out rituals and speaking prayers.

God’s covenant with Israel provided for two types of priests, individual and national.

The high priest was the head of priestly affairs and the spiritual head of Israel. He had special duties, like entering the Most Holy Place of the temple annually on the Day of Atonement (Lev. 16). The high priest wore special clothing that symbolized the nature and importance of his office. There was only one high priest at any given time. He was chosen by God (Heb. 5:1, 4). And he represented all the Israelites as he made “atonement for the sins of the people” (Heb. 2:17NIV).

Priests were male descendants of Aaron, the first high priest (Ex. 28:1 – 29:46). The priests served in the tabernacle and then the temple. Their main function was to offer continual sacrifices to God in order to atone for sin. They were also teachers and judges and wore special clothing. However, this priesthood was never intended to be permanent (Heb. 7:11). In the New Testament we see that Christ completed and superseded the Aaronic priesthood.

Levites were male members of the tribe of Levi. They assisted the priests, sang psalms, kept the temple courts clean, and assisted with sacrifices and teaching. As the priests and Levites worked full-time in the tabernacle and temple, they were supported by the people’s tithes (10% of their income) and by eating some of the sacrifices. So by profession they were priests and Levites; that was their occupation.

Jewish public worship was carried out by priests, who were all male. There were no female priests. Does this have any implications for public worship in church today?

Also, there was a clear separation between the priests and the people in Jewish public worship. Does this have any implications for public worship in church today?

According to the Mosaic covenant, animal sacrifices to God can only be offered to God on altars at the tabernacle or the temple in Jerusalem. As the Jewish temple in Jerusalem was destroyed by the Romans in AD 70 and it hasn’t been rebuilt since then, no Jewish priests have offered sacrifices for the past 1,945 years. This is why there are no individual Jewish priests today.

When Moses was on Mount Sinai God gave him this message for the Israelites, “Now if you obey me fully and keep my covenant, then out of all nations you will be my treasured possession. Although the whole earth is mine, you will be for me a kingdom of priests and a holy nation” (Ex. 19:5-6). Here the nation of Israel is referred to as “priests”, those who serve in the presence of God. This conditional covenant means they could all be priests and all be holy (set apart from other nations).

The Israelites were to constitute God’s kingdom (the people who acknowledged Him as their king) and, like priests, were to be devoted to His service. They were to be “holy” (set apart) to do God’s will (Dt. 7:6; 14:2, 21; 26:19). In their priestly role, the Israelites were to be channels of God’s grace to the nations, leading to their salvation (Gen. 12:2-3; Is. 49:6; 61:6). In a coming day, the Gentile nations will follow the God of the Jews and there will be peace and security (Zech. 2:11; 3:1-10; 8:20-23). This didn’t happen in Old Testament times because the Jews disobeyed the covenant. However, they will fulfil this role in a coming day when they recognize Christ as the Messiah under the new covenant.

The Greek noun translated “priest” (hiereus, Strongs #2409) has a similar meaning to kohen in the Old Testament. It’s used in the book of Hebrews for Melchizedek, Jewish priests, and Jesus Christ. But it’s never used in Scripture to describe a sub-group of people within the church. One of the reasons for this is that because of Christ’s sacrificial death there was no longer a need to offer sacrifices for the sins of the congregation. Because “sacrifice for sin is no longer necessary” (Heb. 10:18), the priests that made these sacrifices are also no longer necessary. This is why there were no priests in the New Testament church.

In the book of Hebrews, Jesus is described as a priest who offered a perfect sacrifice for the sins of humanity. He is also a high priest in God’s presence on our behalf. He is a superior high priest to those under the old covenant. The priesthood of Christ completed and superseded the Aaronic priesthood (Co. 2:17; Heb. 5-10).

There are no individual priests mentioned in the New Testament church to carry out priestly functions for other Christians. Instead Peter writes, “you also, like living stones, are being built into a spiritual house to be a holy priesthood, offering spiritual sacrifices acceptable to God through Jesus Christ (1 Pt. 2:5)”; and “you are a chosen people, a royal priesthood, a holy nation, God’s special possession, that you may declare the praises of Him who called you out of darkness into His wonderful light” (1 Pt.2:9).

This letter was written to Christians who were scattered throughout Asia Minor (modern Turkey) (1 Pt. 1:1). And these verses are in a section that describes a Christian’s privileges and duties (1 Pt. 1:1 – 2:10).

Christians are also said to be “royal” because they are privileged (1 Pt. 2:9). This term is associated with being “a chosen people”, “a holy nation” and “God’s special possession”, which reminds us of the Jews and Exodus 19:5-6. Through Christ, they had direct access to God. This also implies that Christians should be priests to all nations. Of course this must involve bringing them to Jesus Christ as the high priest. So as Jews were God’s special people in Old Testament times, Christians are God’s special people today. Peter says that our response should be to praise God (1 Pt.2:9).

John also says that Christians have been made a kingdom and priests to serve God the Father (Rev. 1:6; 5:10; 20:6). As priests they have free access to God, and offer up the sacrifices of praise and thanksgiving, and of grateful service.

It’s significant that there were no Christian priests in New Testament times to mediate between God and people, as we find in the Old Testament. Because of Christ’s sacrificial death, there is no longer a need to offer sacrifices for sin. As the role of priests in the Old Testament wasn’t carried over into the church, the fact that they were male has no implications for the gender roles in Christian public worship. Likewise in Christian worship, there is no need for a clear separation between a sub-group (like the priests) and the rest of the people.

We have seen that the roles of priests in public worship in Old Testament times have no implications for gender roles in church meetings today. Because Christ’s sacrifice atoned for our sin, we no longer need priests. They are obsolete because there is no need for a human mediator between us and God. However, because they are God’s special people, all Christians have a joint responsibility to worship and serve the Lord and to bring the good news about Jesus to all the nations of the world.

Who is a saint?

Many places in France are named after saints. Recently I visited the city of Saint-Étienne, which is named after Stephen the first Christian martyr (Acts 6:8 – 7:60).

According to the dictionary, today a saint is:

The word “saint” comes from the Latin word “sānctus” that means holy and was used in the Vulgate version of the Bible (which was used in western Europe, AD 400–1530). In the middle ages saints were often depicted with halos, a symbol of holiness. “Saint” is also the French word for holy.

The English word “saint” dates from the 13th century and was first used in a Scripture translation in the Geneva Bible version of 1587. It was carried over into the King James Version in 1611 and continues today in the New King James Version and other versions as a translation of the Greek word “hagios” (Strongs #40) in the New Testament. The Greek word means set apart by (or for) God, holy, and sacred. It is an adjective used to describe God, things connected with God, or people connected with God. The Hebrew word “qaddish” (Strongs #6922) has a similar meaning in the Old Testament (Dan. 7:18-21, 25, 27).

Six of Paul’s letters to churches are addressed to these people (Romans, 1-2 Corinthians, Ephesians, Philippians, and Colossians). Paul also said that before he became a Christian, “I put many of the Lord’s people in prison” (Acts 26:10NIV). These people were Christ’s disciples and followers (Acts 9:1-2; 13-14). They were Christians who were living at that time. So the in the Bible, the word “hagios” means a follower of Jesus Christ, a Christian.

The Biblical meaning of “hagios” differs from the most common meanings of “saint”, because:

The frequency of occurrence of the English word “saint(s)” in various translations of the Bible is given below:

As indicated above, in the versions that include the word “saint”, this word has a meaning that differs from common usage. A reader should be told this technical (jargon) meaning in order to correctly understand these Bibles.

This is one of the reasons why I prefer the NIV translation of the Bible.