What does the Bible say about a major disaster like COVID-19?

The disease COVID-19 is spreading rapidly across the world. By 11 April 2020 over 103,500 deaths have been attributed to the virus and secondary pneumonia.

What does the Bible say about a global pandemic like COVID-19?

This post is based on an article by the US theologian and author, John Piper. END_OF_DOCUMENT_TOKEN_TO_BE_REPLACED

Last week I climbed Uluru (Ayers Rock) in central Australia. On the way down there was a man who became very unwell around 3/4 of the way up the climb chain. He was being assisted by two off-duty police officers and two off-duty paramedics. This turned into a major problem when he suffered a heart attack. They performed CPR and used a defibrillator to shock his heart back into a survivable rhythm, saving his life. A few hours later the man was carefully moved down the steep face of the rock on a stretcher using ropes and pulleys. He was treated at Yulara Health Centre before being flown to Alice Springs Hospital by the Royal Flying Doctor Service, and then to Adelaide for specialist heart surgery.

This post looks at a major problem faced by a commander in the Syrian army, which is described in the Bible. We will see from this that God can deliver us from our major problem.

1 Now Naaman was commander of the army of the king of Aram [Syria]. He was a great man in the sight of his master and highly regarded, because through him the Lord had given victory to Aram. He was a valiant soldier, but he had leprosy. END_OF_DOCUMENT_TOKEN_TO_BE_REPLACED

Sin is not as much fun as you think

Why do we sin? Because it’s a chore – of course not! Actually, we do the wrong thing because it’s fun, satisfying or seems too difficult to resist. Why would we bother if it weren’t any of those things? Lowering the car window and letting rip at the stupid person blocking our way… how good did that feel? Revealing that choice morsel of information … everyone in the office deserves to know what happened! Mostly, our sin reveals a lot about the kind of person we really are.

Some years back a newspaper article named seven high profile males (mostly politicians) found to be adulterers. Collectively they had fathered 24 children. The article pondered the damage caused to those 24 lives and the sad ending to public careers. END_OF_DOCUMENT_TOKEN_TO_BE_REPLACED 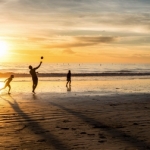 Freedom from the presence of sin

Steps to peace with God

The Bible tells us how to overcome the obstacles that prevent us from being reconciled with God. First, we need to recognize God’s purpose for us.

God’s purpose for us is peace and life

God loves you and wants you to experience peace and life – abundant and eternal.

Some of my grandchildren do an Obstacles Course as an after-school activity. And we face many obstacles in life. Today we are looking at the most important obstacles in our lives. These are the ones that come between us and God. This post is based on a message given in Sydney, Australia, by Franklin Graham in February 2019.

Many ways to present the message about Jesus

Choose your own adventure was a series of children’s books where the reader choose the main character’s actions and the plot’s outcome. This style of writing has been called gamebooks and interactive fiction. Today we are looking at choosing your own metaphors.

The key message of the Bible is the good news (or message) about Jesus, which includes:
– Our sinful state,
– Who Jesus is,
– What blessings God has promised to us, and
– What our response must be.

Various methods are used in the New Testament to communicate the message about Jesus including: parables, letters, speeches, sermons, conversations, and discussion meetings. Today God uses people like us to tell the message to humanity so that they can repent of their sin, trust that Jesus paid their penalty for rebelling and ignoring God, and follow and obey Him (Rom. 10:14-15).

The Bible gives us different ways to tell the message about Jesus to different people. To Jews, the apostles presented Jesus as the risen Savior and they quoted from the Old Testament. For example, Peter’s preaching on the day of Pentecost (Acts 2). Whereas to the Gentiles they talked about God’s providence (sending rain, making crops grow, providing food), His creation, and the universal human desire to worship a god. For example, Paul’s preaching at Athens (Acts 17).

In the past we have often explained the gospel message like this. “We have all done things that we know are wrong, and if we break one law, it’s equivalent to breaking all of God’s laws. We stand guilty before God. We deserve to be punished by Him. But if we trust in Jesus’ death for us, God will forgive and justify us”. It describes how we can move from sinfulness to salvation.

This worked well in the previous generation for Billy Graham because people were familiar with the Bible. But many people no longer believe in absolutes and they aren’t familiar with the Bible. They see laws as just oppressive institutions, such as governments and churches, wielding power. So, we should probably be looking for other models of sin and salvation to this one of transgression/guilt and forgiveness/justification. Some other models for sin are given below. 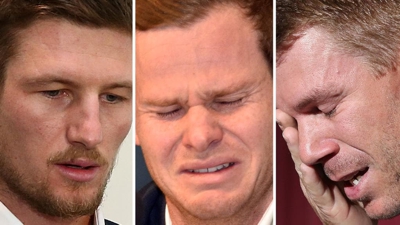 Smith, Warner and Bancroft brought shame and dishonor to the Australian cricket team last year for cheating in South Africa and were banned from playing for up to 12 months. They brought the game into disrepute and let down their teammates. When Paul preached to Gentiles, he said that they had been enjoying God’s general creation blessings but didn’t thank Him for them. Because they dishonored God, they needed to repent (Acts 14:15-17; 17:22-31). So instead of saying, “We stand guilty before God”, we could say “We have not been honoring God” or “We have shamed God”. But if we trust in Jesus’ death for us, God will restore us.

Women who suffer domestic abuse often feel defiled by what they have suffered. And those who are addicted to drugs can feel defiled and disgusted with themselves. So instead of saying, “We stand guilty before God”, we could say “We feel defiled”. But if we trust in Jesus’ death for us, God will purify us.

We tend to look down on people that are not like us. If we care for the environment, we will look down on those who don’t care for the environment. If we are happily married, we will look down on those whose marriages have failed. So instead of saying, “We stand guilty before God”, we could say “We are guilty of putting other people down and having an elevated view of ourselves”. We feel morally superior to them. But if we trust in Jesus’ death for us, we can find our identity in Christ.

God gives us life, freedom, pleasure, success, health, sports, school, work, family, friends, wealth and possessions. But we can live for these instead of the God who gave them. So instead of saying, “We stand guilty before God”, we could say “We become enslaved to what we live for and neglect the giver”. But if we trust in Jesus’ death for us, we can find real freedom as we worship Him.

People are often urged to make the most of every opportunity and be the best they can to make a difference in this world. It’s a common message at school speech days. And we can do lots of good things, but we’re not good enough to be God’s children. So instead of saying, “We stand guilty before God”, we could say “We need to admit we fall short of being a child of God”. But if we trust in Jesus’ death for us, we become a child of God.

Because of fractured relationships at home and work, many people long for peace. Every aspect of our lives is affected by disharmony, disruption and despair.  So instead of saying, “We stand guilty before God”, we could say “We need peace in our lives”. But if we trust in Jesus’ death for us, we will have peace with God.

One commonly used definition is “Sin is anything that we think, say or do that is against what God says in the Bible”. It displeases God and separates us from God. And that’s right. But we can also use other words to describe sin. That’s what Jesus did in His parables. In the parable of the rich fool, it’s described as storing up earthly wealth but not having a rich relationship with God (Lk. 12:21). In the parable of the lost sheep, it’s being lost (Lk. 15:1-7). In the parable of the Pharisee and the tax collector, it’s being confident of our righteousness and looking down on others (Lk. 18:9). Also, the meaning of the word “sin” has changed to the idea of a guilty, playful pleasure, like chocolates, ice cream, candy (lollies), or lingerie. It’s something that we have a delightful giggle about. Not something that can have serious consequences. So, some other ways to describe sin are: shame and dishonor, defilement and impurity, brokenness, self-righteousness, idolatry, falling short, and needing peace.

Likewise, we can use other metaphors to describe salvation (see Appendix).

Let’s be creative and use these metaphors appropriately to present the message about Jesus to others.

Appendix: Tabular summary of metaphors for sin and salvation

Acknowledgement:
This blogpost was sourced from the following book,
Chan S (2018) “Evangelism in a skeptical world”, Zondervan, p. 63-101.