Why was Judah the most prominent tribe of Israel? 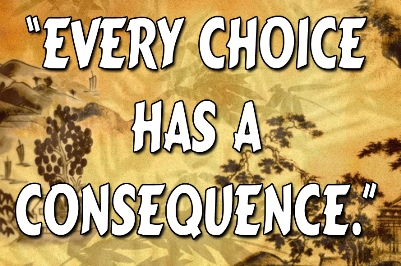 After he was out drinking with some mates one night, Jonothan Beninka tried to walk home along a railway track. But he fell and knocked himself out and finished up in hospital after being hit by a train. He lost an arm, a leg and some fingers. Every day he feels like crying because of the impact of his injuries on the relationship he has with his family. He can’t pick up his children like most dads. One decision changed his whole life forever.

When we look at the lives of the sons of Jacob in the Bible, we see that our choices have consequences. In particular, sinful behavior has negative consequences.

The nation of Israel was named after Jacob whose name was changed to Israel (Gen. 32:28; 35:10). Jacob had 12 sons and in those days the position of leadership of the family clan was usually passed on to the eldest son. And the eldest son’s birthright was a double portion of the inheritance (Dt. 21:17).

But we see from the Bible that the tribe of Judah (4th son) became prominent instead of the tribe of Reuben (1st son) – king David was a descendant of Judah (10th generation, 1 Chron. 2:1-15), Jerusalem the capital of Israel was located in their territory and they were the last tribe to be conquered and taken into captivity. This was unusual because Judah was the fourth oldest son of Jacob and not the firstborn.

After the Babylonian exile, the Israelites were called “Jews”. This name is derived from the word “Judah” and was used because, by that time, virtually all Israelites were descendants of the kingdom of Judah (the rest had assimilated into other nations). Also, the Jewish religion was known as “Judaism”. So Judah’s prominence is reflected by these words.

When he was on his death bed Jacob gave a farewell message to each of his sons (Gen. 49:1-28). Beginning at the eldest and progressing to the youngest, he predicted what was in store for their descendants.

Although he is the firstborn, Reuben is told he is unstable and will not excel because he slept with his father’s concubine Bilhah (Gen. 35:22, 49:4). In those days it was customary for new kings to assume the harem of their predecessors (2 Sa. 3:7; 12:8; 16:21; 1Ki. 2:22). So this was an arrogant and premature claim to the rights of the firstborn. Because of his sin of incest, Reuben lost the rights of the firstborn. His right to extra land was given to Joseph (1 Chron. 5:1-2) and his leadership right was given to Judah.

If the eldest son lost the rights of the firstborn, we would expect these rights to be transferred to the second-born son. Simeon was Israel’s second son. Israel tells Simeon and Levi (his third son) that their descendants would be scattered and dispersed within the nation of Israel. This was fulfilled when the Levites weren’t given an allocation of land like the other tribes and Simeon’s allocation was surrounded by Judah’s – the tribe of Simeon was assimilated into the tribe of Judah. (Josh. 14:4; 19:1-9). The reason given is that they were angry, cruel and violent (Gen. 49:5-7). For example, after their sister Dinah was raped by Shechem (Gen. 34:1-7), Simeon and Levi killed all the men of the city and plundered their women, children, and possessions (Gen. 34:25-30). Also, this increased the threat of the Canaanites attacking Jacob’s family.

Jacob’s greatest and longest blessings are given to Judah and Joseph (Gen. 49:8-12; 22-26). Judah is promised leadership over the other tribes, which was fulfilled by king David. Jesus Christ was also a descendant of Judah (Mt. 1:3; Lk. 3:33). Judah would be praised for victories over their enemies. Their supremacy is symbolized by the lion’s supremacy in the animal kingdom. Some of Judah’s descendants are also promised peace and prosperity (Gen. 49:11-12).

So, there are two main reasons why Judah was the most prominent tribe of Israel. First, Reuben forfeited his rights by his incest and Simeon and Levi forfeited their rights by their cruelty and violence. They were disqualified for misconduct. Judah was the next in the order of birth and that is why he received the blessing. Second, this prominence was prophesized by Jacob before he died.

But the brother’s treatment of Joseph also offers some insight into this topic.

Joseph was Jacob’s favorite son. After Joseph dreamt that his family would bow down to him, his brothers were filled with jealousy and hatred toward him (Gen. 37:4-5, 8, 11). When Joseph was sent by his father to visit his brothers, they plotted to kill him. Judah’s leadership potential is shown when they agree to his suggestion to sell Joseph into slavery rather than kill him (Gen. 37:26-27). Joseph is taken to Egypt where he rises to a prominent position before there is to be a famine. During the famine, his brothers travel to Egypt seeking food.

When Joseph commanded his brothers to bring Benjamin to Egypt, Reuben told his father that he would put both of his sons to death if he didn’t bring Benjamin back (Gen 42:37). On the other hand, Judah said that he would guarantee Benjamin’s safety and be personally responsible for him (Gen. 43:8-9). If he didn’t bring Benjamin back, then he would bear the blame all his life. Here we see that Judah was willing to take personal responsibility for Benjamin’s safety, whereas Reuben offered his sons to take the consequences instead.

When the brothers returned to the city because Joseph’s silver cup was found in Benjamin’s sack, the Bible says that “Judah and his brothers” went into Joseph’s house (Gen. 44:14NIV). And then Judah responded on behalf of the brothers when Joseph said “What is this you have done?” (Gen. 44:15-34). So Judah takes a leadership role amongst his brothers. He also offered to stay at Joseph’s in Egypt instead of Benjamin so that Benjamin could return to his father (Gen. 44:33-34). This is in accordance with his previous offer to take personal responsibility for Benjamin’s safety.

When Jacob’s family moved to Egypt during the famine, “Jacob sent Judah ahead of him to Joseph to get directions to Goshen” (Gen. 46:28). So Jacob recognized Judah’s leadership role in his family.

So we see that before Jacob made his predictions, Judah took a leadership role in his family and took personal responsibility for Benjamin’s safety. His conduct qualified him for this role.

What has changed since then? We aren’t Israelites living under the law, but Christians living under the new covenant instituted by Jesus. Our eldest sons don’t inherit leadership of the family or a double portion of our wealth. Instead, humility is important and we receive spiritual rewards after death at the Judgment Seat of Christ. So, our choices do have consequences – in this life and after death.

Sin separates us from the God who empowers us. It weakens us. So our sinful behavior does have negative consequences. It can also have some lasting consequences as Jonothan Beninka found out. But when we confess and repent of our sin, our relationship with the Lord is restored (1 Jn. 1:9).

This entry was posted on July 16, 2015 by George Hawke. It was filed under Christian, Christian living, Spiritual and was tagged with choice, consequence, consequences, firstborn, Jacob, Joseph, Judah, Levi, Reuben, Simeon.