My parents in-law are going through tough times with weakness because of chemotherapy and confusion because of dementia. We can all experience such internal problems, which can be physical or mental. After all, Jesus said, “In this world you will have trouble” (Jn. 16:33NIV).

1How long, Lord? Will you forget me forever?
How long will you hide your face from me?
2 How long must I wrestle with my thoughts [he was depressed]
and day after day have sorrow in my heart [soul, spirit]?
How long will my enemy triumph over me? END_OF_DOCUMENT_TOKEN_TO_BE_REPLACED

Runny nose, excess mucus, wheeze, dry cough, heavy chest, sore muscles, aches and pains, headache, loss of appetite, and fatigue. My body’s in a combat zone! My immune system has been fighting since these symptoms arose after a long haul jet flight. I’ve read that these symptoms can go on for weeks regardless of the treatment followed. I know the body will eventually return to normal, but not how long it will take. In the meantime I’ve fasted, restricted my diet, rested, tried shallow breathing and taken medication.

Paul used the metaphor of a fight to describe: the self-control required for Christian service; the way to oppose false teachers and godless philosophies; and how to live the Christian life daily.

The Christian’s main task is to serve the Lord. For this they need self-control, just like a boxer or any sportsman (1 Cor. 9:24-27). In fact, to help attain success, sportsmen need to exercise self-control in all parts of their life.

Paul fought against false teachers and godless philosophies (2 Cor. 10:4-5) by comparing them against what God has revealed in Scripture. He used the divine power of the Bible to demolish these human arguments because they undermined the knowledge of God. He wanted all humanity’s teachings and speculations judged in the light of the teachings of the Lord Jesus Christ. Paul compared contending against false teachers to fighting in a battle (1 Ti. 1:18).

Paul urges Timothy to strive to live out his Christian faith in daily life like a soldier (1 Ti. 6:12; 2 Ti. 2:3). Discipline is required to be ready for service for the Lord, while not being distracted by less important things.

Near the end of his life Paul looked back over 30 years of ministry and wrote, “I have fought the good fight, I have finished the race, I have kept the faith. Now there is in store for me the crown of righteousness, which the Lord, the righteous Judge, will award to me on that day—and not only to me, but also to all who have longed for his appearing” (2 Ti. 4:7-8NIV). He looked forward to the reward for faithful service.

Paul also said we are in a literal battle against Satan and his demons (Eph. 4:12). The weapons provided for us in this fight are: to live by the truths of Scripture, to live with integrity, to be ready to share the good news of the gospel, to exercise our Christian faith by always trusting in the Lord and His word, to realize our salvation assures us of ultimate victory, to trust God’s revelation in the Bible, and to pray continually (Eph. 4:10-20).

Remember our spiritual disciplines and battles are more important than our physical ones. But we need to care for our physical life so as to be able to continue serving the Lord.

Who are we following? 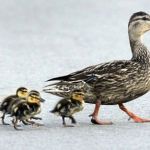 Have you noticed how many media commentators ridicule God, Christians and the Bible? Their biased comments stir up controversy and attract attention. They promote atheism and ungodly lifestyles. But we can choose to either accept their views or reject them.

When Jesus was on earth people (the Jews) also had a choice between their religious leaders (who He called thieves) and Jesus. Jesus said, “The thief comes only to steal and kill and destroy; I have come that they may have life, and have it to the full” (Jn. 10:10NIV). But what is life to the full? After looking at what this verse means we will see that following Jesus turns an empty spiritual life into a bountiful one.

The book of John is a selective biography of Jesus Christ. In the previous chapter Jesus heals a man who was born blind. As this miracle was done on the Sabbath day, the Pharisees used it to criticize Jesus saying that He was “not from God” and was a sinner (Jn. 9:16, 31). Jesus replied with a figure of speech saying that they were spiritually blind (Jn. 9:39-41). Chapter 10 is a continuation of this conversation as Jesus says, “Very truly I tell you Pharisees …” (Jn. 10:1).

The main point is the contrast between Jesus and the Pharisees. They are selfish and damaging like thieves and robbers and like hired hands they don’t care about the sheep (people) (v.12-13); whereas He sacrificially lays down His life for people (v.11, 15, 17-18) and saves and sustains them (v.9).

John 10:10 is an example of contrastive parallelism where the second line contrasts with the first line:
“The thief comes only to steal and kill and destroy;
I have come that they may have life, and have it to the full.”
The contrast is between the purpose of the thief and of the Shepherd. One destroys life and the other gives an abundant life. But what does “life” mean, is it physical or spiritual?

The Greek word “zoe” (Strongs #2222) means life, both physical (present) and spiritual (particularly future). It occurs 36 times in the book of John and each time seems to refer to eternal spiritual life. For example:
• Later in the same chapter, “I give them eternal life, and they shall never perish; no one will snatch them out of my hand” (Jn. 10:28), where “life” means God’s gift of spiritual life.
• Other examples of spiritual life in John are, “For God so loved the world that He gave his one and only Son, that whoever believes in Him shall not perish but have eternal life” (Jn. 3:16).
• And, “Jesus answered, ‘I am the way and the truth and the life. No one comes to the Father except through me’” (Jn. 14:6).
This life is given by God upon trust in Jesus Christ (Jn. 5:39-40; 1 Jn. 5:11-12).

So the contrast in John 10:10 is between the presence and absence of spiritual life.

John 10:10 says the thief’s purpose is to steal and kill and destroy. These words graphically describe the impact of the lack of spiritual life in the Pharisees. The Greek word “apollumi” (Strongs #622) means permanent destruction or loss. It is translated “perish” in John 10:28 (in the same chapter) and John 3:16. It is eternal death, which is the opposite of eternal life.

However, Jesus said with regard to those who follow Him, “I give them eternal life, and they shall never perish; no one will snatch them out of my hand” (Jn. 10:28). Note the contrast, they get eternal life and miss perishing.

Life to the full

John 10:10 says that Jesus gives life to the full. The Greek word “perissos” (Strongs #4053) is an adjective that means over and above, more than is necessary, abundant, and greater. This is the only instance of this word in John’s writings, but he uses the verb, “perisseuo” (Strongs #4052) to describe leftover food after people had eaten (Jn. 6:12-13).

So the contrast between Jesus and the Pharisees in John 10:10 is:
• They are spiritually dead and influence others to remain in this state.
• Jesus offers people spiritual life that is so abundant that it is more than people need.
The people had a choice to follow either Jesus or the Pharisees.

In view of humanity’s sinfulness, John 10:10 teaches us that God is gracious, loving and merciful. From the context, we see that there is conflict when some people believe this and some don’t. As Jesus was opposed strongly, we shouldn’t be surprised when there is opposition to God, Christians and the Bible.

Some use John 10:10 to teach that Christians will be blessed abundantly in their physical lives. But we know from Scripture that this is not the case. For example, Stephen was a godly man who witnessed faithfully to the Jewish Sanhedrin, but he was martyred (Acts 6:8 – 7:60).

Jesus is not on earth today, but the Bible contains a record of His teachings. The Pharisees are not opposing Christ today, but others are, including atheistic commentators who don’t believe the words of Scripture. As there was a contrast between Jesus and the Pharisees, so there is a contrast between Christ’s teachings and those who reject Christianity. Who will you follow?

Jesus cares for our eternal welfare and has provided an abundant spiritual life for those who follow Him. Following Jesus turns an empty spiritual life into a bountiful one.