Looking ahead in the New Year

New Year’s day is celebrated in Sydney, Australia with a magnificent fireworks display. In Old Testament times the Jews celebrated the New Year as well. They had two calendars, a religious one and a civil one, that were six months apart – similar to our financial year and calendar year. The first month of the religious calendar, Nissan, is in the spring (Northern Hemisphere) when Passover is celebrated. However, the Jewish new Year is in Tishri, the seventh month of the religious calendar, in autumn, when the Jewish new Year festival, Rosh Hashanah is observed. “Rosh Hashanah” means “first of the year.”

In Biblical times this day was called the Festival of Trumpets and ram’s horns were blown, no work was done and special sacrifices were offered to the Lord (Lev. 23:23-25; Num. 29:1-6). The trumpets made a joyful noise on the new year and the Jews looked ahead committing the nation to God for the coming year. Most other Jewish festivals looked back to God’s deliverance (Passover, Unleavened Bread, Tabernacles), to God’s provision (Firstfruits, Pentecost), and to atone for their sins (Day of Atonement).

Christians also look back and look ahead. For example, in the Lord’s supper we look back to the crucifixion, but we only do this “until He comes”, then we look ahead. Let’s see at what Paul had to say about this topic.

In Philippians 3:12-15 (TNIV) he wrote “… I press on to take hold of that for which Christ Jesus took hold of me. Brothers and sisters, I do not consider myself yet to have taken hold of it. But one thing I do: Forgetting what is behind and straining toward what is ahead, I press on toward the goal to win the prize for which God has called me heavenward in Christ Jesus. All of us, then, who are mature should take such a view of things.”

Just before these verses, in Philippians 3:4-6, Paul listed his impeccable heritage and personal achievements such as, “confidence in the flesh … circumcised … a Hebrew of Hebrews … a Pharisee … persecuting the Church … faultless.” He once thought these things were valuable, but after being saved he considered them worthless compared with the infinite value of knowing Jesus Christ as Lord. Instead of living for these things, he wanted to live as Jesus lived. He was willing to suffer like Jesus and to be a martyr. 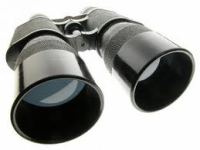 Then he looked ahead, repeating the phrase “I press on”. And he gave two reasons for pressing on.

First, “I press on to take hold of that for which Christ Jesus took hold of me” (v.12). When did Christ take hold of Paul? When He confronted him on the road to Damascus. On this occasion the Lord said to a man named Ananias, “This man is My chosen instrument to proclaim My name to the Gentiles and their kings and to the people of Israel. I will show him how much he must suffer for My name.” (Acts 9:15-16). Also, Paul was to be an example of what Christ can do in a person’s life. He pressed on to fulfil the purpose for which he was saved. And his was a lifetime mission, that’s why Paul wrote to the Philippians, “I do not consider myself yet to have taken hold of it” (v.13).

Second, Paul said ” I press on toward the goal to win the prize for which God has called me heavenward in Christ Jesus” (v.14). Like a runner in a race, Paul’s goal was to finish the race of life and receive the crown of righteousness at the Judgement Seat of Christ and to enjoy the blessings of heaven (2 Tim. 4:8). The spiritual race is a lifetime marathon! There is no retirement in the spiritual life!

Besides this he said, “Forgetting what is behind” (v.13), looking ahead and not turning back to the past. It’s hard to walk or run if you are looking back! Paul wanted to advance, not retreat. In fact he was “straining toward what is ahead” (v.13) – looking ahead and moving ahead!

God also looks ahead. For example, before the tenth plague God instructed the Israelites to ask their Egyptian neighbors for articles of silver and gold and take these on their exodus or departure (Ex. 11:2). What was the purpose of this? Wouldn’t these just add to the weight of their luggage on the long journey? He was looking ahead to the building of the tabernacle, and providing them with the materials they would need in the future, even though they had no idea at the time what they would need (Ex. 25:1-8).

So God is always looking ahead. Whatever you are going through now may just be God preparing you for tomorrow. It may be God giving you the tools that you will use years later. We don’t know what is ahead. But let’s remember that God has prepared us for it, and He causes everything to work together for our good (Rom. 8:28).

In the coming year, let’s be like Paul and “press on” to fulfil the lifetime purpose for which God has called us, and continue to use our abilities and talents for Him. Let’s resolve this new year to press on towards the finish of the race of life, not looking back, but looking ahead and moving ahead with the Lord.

This entry was posted on January 2, 2011 by George Hawke. It was filed under Christian, New year, Spiritual and was tagged with ahead, festivals, moving, Paul, trumpets.