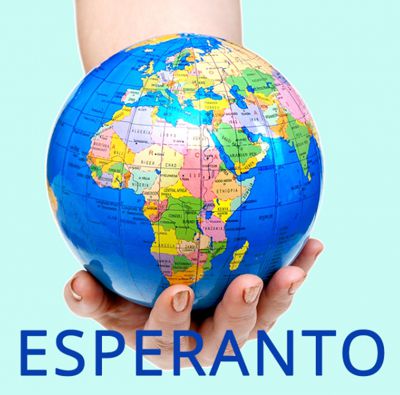 Esperanto is an international auxiliary language devised in 1887 to help break down the language barriers between different ethnic groups. It was to help communication while allowing retention of different languages and cultures. And a language to unite humanity and bring world peace. However, its proponents were persecuted by the Communists and Fascists and it remained a small movement. In this post we look at an international religious language.

When I was investigating the Islamic faith, I realized that to follow Muhammad and the Quran (Koran), you need to learn how to recite classical Arabic. Classical Arabic is a sacred language for Muslims because it was the language of the 7th century AD used by Muhammad and the language of the Quran. It’s no longer spoken in everyday language (except for religious purposes), being equivalent to Shakespearean English in the English speaking world.

The Quran is Islam’s holiest book; which Muslims believe are the commandments of Allah (God). Muslims believe that the Quran is divine (being Allah’s final message) and must be recited and studied in classical Arabic. A translation into another language (such as English) is viewed as being not divine because a human being did the translation – so it’s viewed as being only a human interpretation. Therefore, one needs to learn classical Arabic in order to properly understand the Quran.

This belief is based on a particular interpretation of this verse from the Quran: “We have revealed/made it (the Quran) an Arabic Quran, that you may understand” (12:2; 43:3). Of course, this is a translation into English, not the original version in classical Arabic! So Muslims would say that it’s not from the “real” Quran because it’s the wrong language! See my exegesis (interpretation) of this verse in the Appendix which gives a different interpretation because it includes the context given in the Quran.

Muslims are required to pray five times a day facing Mecca. They believe that all these prayers are to be recited in the classical Arabic language because the prayers include extracts from the Quran. Non-Arabic speakers often learn them by heart and recite them from memory. That’s why the Call to prayer announced by loudspeakers five times daily from mosques is only given in classical Arabic; even in non-Arabic communities. Has anyone ever heard this announcement made in any other language?

So to become a Muslim, you have to adopt the classical Arabic language for these most important religious activities. No other language is accepted except classical Arabic. In this way, Islam is a language-exclusive religion. It is monolingual.

Muslims have many native languages, but one religious language. Non-Arab Muslims have to accept this bias as a natural part of life. As language is a part of culture, the daily use of classical Arabic language would affect one’s culture. In this way, it is understandable that Muslims would adopt aspects of Arabic culture into their local culture as well. For example, some non-Arabic Muslims adopt Arabic names and give their children Arabic names. They also often adopt Arabic modes of dress. So Islam is closely associated with Arabic language and Arabic culture.

On the other hand, Christianity is definitely multilingual. The Bible has been translated into all major languages and is being translated into minor languages as well. When the church began on the day of Pentecost (50 days after Christ’s death), there was a miracle whereby the apostles were able to speak in the native languages of people from at least 15 different language groups (Acts 2:5-15). This was called the gift of tongues (the ability to speak a foreign language without learning it). So from the beginning, the message about Jesus Christ was given in the native languages of the hearers, and not in only one “sacred” language (such as Latin or Koine Greek or Aramaic, John 19:20).

If Christianity was monolingual, then all public usage of the Bible would have to be in a single language like Koine Greek, or Latin or King James English.

Christianity is also multicultural and multinational. Peter had to change his attitude towards Gentiles after being shown that the barrier between Jew and Gentile had been removed because God doesn’t favor people because of their nationality (Acts 10:28, 34).

There is another example in the Bible of God using a multilingual approach rather than a monolingual one. After the Jews returned to Jerusalem from exile in Babylon, in about 444 BC, Ezra read the Pentateuch (Genesis to Deuteronomy in the Old Testament) to them. But the people no longer understood the Hebrew language as their native language was now Aramaic. So the Levites “instructed the people in the Law while the people were standing there. They read from the Book of the Law of God, making it clear (translating it) and giving the meaning so that the people understood what was being read” (Neh. 8:7-8NIV). Afterwards the people were pleased “because they now understood the words that had been made known to them” (Neh. 8:12). It seems as though the Levites were translating the Scripture from Hebrew into Aramaic on this occasion. Many Hebrew words needed to be explained as it was no longer their native language.

Evidence of the usage of Aramaic in this era is given in the book of Ezra. The only portion of the Old Testament that wasn’t written in Hebrew is Ezra 4:8 – 6:18; 7:12-26, which was written in Aramaic. These passages refer to correspondence to and from the king of the Persian Empire written between 534 BC and 458 BC.

To follow Muhammad, Allah and the Quran, you need to learn to recite classical Arabic because classic Arabic is the international liturgical language of Islam. Fortunately, you can follow Jesus Christ in your native language.

The Quran must be understandable. This is different to Islam whose original principle seems to be; “the Quran must be in Classical Arabic because that’s the language that Allah used”. Islam seems to ignore the context, which is given as “that you may understand”.

What has changed since then?

It is claimed that the Quran was written at least 1,300 years ago. Since this time Islam has spread to other nations. This means that Muslims no longer speak the same language and no longer speak classical Arabic in everyday life. And for many Muslims, Arabic isn’t their native language.

For the Quran to be understandable by all Muslims, it needs to be available in their native language. This is different to Islam whose modern principle remains; “the Quran must be in Classical Arabic because that’s the language that Allah used”. As mentioned above, this seems to ignore the context, which is given as “that you may understand”.

Translate the Quran into native languages so it can be readily understood by those who read and recite it. This application of the verse is different to Islam because I took the context into account, which is given as “that you may understand”. However, I am in the minority!

This entry was posted on January 20, 2017 by George Hawke. It was filed under Christian, Error, Spiritual and was tagged with Christianity, exegesis, islam, Koran, language, monolingual, Muhammad, multilingual, Quran, sacred.