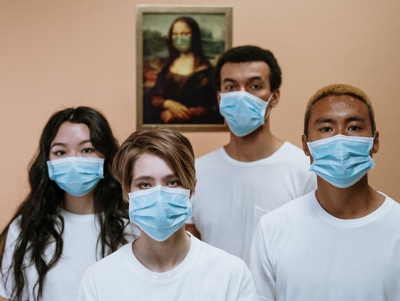 The Warrenton Declaration on Medical Mandates, Biblical Ethics, & Authority was created in order to provide doctrinal clarity and coherence on issues of biblical authority and ethics related to medical mandates. The declaration seeks to equip local churches and their officers in providing transparency on where they stand and to assist individuals who are being mistreated in their churches with a well-ordered summary of belief in this regard.

“The Lord has established His throne in heaven, and His kingdom rules over all” (Ps. 103:19NIV)

With the rise of COVID-19 and all of the attendant ramifications, it has been incumbent upon the church to come to terms with what it believes related to the intersecting areas of biblical ethics, authority, and medical mandates.

Unfortunately, due to a pervasive lack of theological and biblical understanding on these issues coupled with a tendency to over-attribute power and jurisdiction to the state, oftentimes churches have defaulted to almost reflexively acquiescing to whatever government health agency statements are made and the policies they put in place. The legitimacy of the sweeping powers attributed to the state is either simply presumed or reinforced with scant, or faulty biblical support. Powers are assumed to exist unless explicitly denied rather than regarded as absent unless firmly established by Scripture.

As a result, rather than leading on these issues, pastors often become little more than mouthpieces for government health agencies and are then used by these same agencies to help carry out their bidding.

The reasons given for following such policies and mandating them in the local church are not typically justified by a well-rounded and systematic understanding of the whole counsel of Scripture on authority and what it means to love one’s neighbor as oneself. Instead, the rationale given is usually disjointed, unbalanced, and confused.

To that end The Warrenton Declaration on Medical Mandates, Biblical Ethics, & Authority was created in order to provide clarity on these issues moving forward, to equip local churches and their officers in providing clarity on where they stand, and to assist individuals who are being mistreated in their churches with a well-ordered summary of belief in this regard.

Douglas Wilson says, “My only disagreements would be under Article 18. I believe that in the case of serious contagious disease, the magistrate [civil authority] has the authority to quarantine, and that this authority can be biblically defended from Mosaic law”.

Bill Muehlenberg says, “The 36 points found in the Declaration offer both sensible as well as biblical commentary on how we might proceed. It emphasises the need for all people to make properly informed choices when it comes to dealing with the virus.”

Kerry Lethebysay, makes this comment to clarify that Principle 35 and Principle 36 are about very different issues and so are not a contradiction.
Principle 35 refers to what does not constitute negligence (choosing to reject ONE specific treatment of many available treatments), while Principle 36 references the claim made by some Christians that ALL medical treatments at ALL times is evidence of lack of faith in God – affirming that this idea is not supported in scripture. Linking the two principles together in one sentence makes it clearer that there is no contradiction, as follows – ‘Nowhere does scripture support the idea that acceptance of any/all medical interventions is evidence of a lack of faith in God; nor does it constitute negligence on the part of a parent to reject one specific medical intervention (assuming they would accept others).’
So the two issues being teased out in the two Principles, are as follows:
Principle 35 – Some parents (no specification as to whether they are Christians or not) are being accused of negligence for denying one specific treatment to their child/ren (they may well accept many others).
Principle 36 – Some Christians claim we should not accept any medical interventions at all (at any time) because it is evidence of a lack of faith in God.
So these Principles are certainly not identical and cannot be deemed to be contradictory.

What do you think?

This entry was posted on July 1, 2021 by George Hawke. It was filed under Christian, Christian living, Spiritual and was tagged with authority, Church, COVID, ethics, Family, health, lockdown, mask, medical, vaccination, Warrenton Decaration.