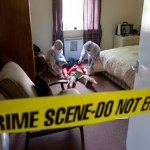 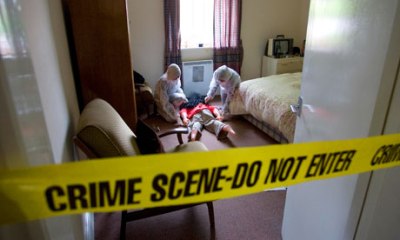 History is more accurate when there are written records available than when these are absent. History can also use other evidence such as oral records and archaeological findings.

As a result of historical research, the historian produces a written account of past events and attempts to put them in chronological order.

By the way, science can only address situations that are described by scientific laws. This means it can’t address questions such as the ultimate origin of matter and energy in the universe.

As a result of ancient forensic scientific research, the scientist also produces a written account of past events and attempts to put them in chronological order.

The Bible is the best record of ancient history we have today. It contains documentary evidence from eyewitnesses which has been accurately preserved over the years. The authors were either eyewitnesses themselves or they spoke with eyewitnesses. In the case of the original creation, the account was given to Moses by God, who was the Creator. God asked Job, “Where were you?” when this happened (Job 8:4-7)! He hadn’t been born yet! Therefore, it is an eyewitness account! Likewise, the question for us today is “Were you there?”. Obviously the answer is “no”! We can only look back thousands of years towards this event.

The Bible says that God created the universe rapidly in six days and that people have existed since the sixth day of creation. The creation was mature and fully functional from the beginning. It didn’t need to develop gradually over time from simple to more complex. This means that at the beginning, the apparent age of things didn’t match the actual age. The Bible also says that Adam lived about 6,000 years ago and the global flood was about 4,500 years ago.

Ancient forensic science says that the universe developed slowly over billions of years. During this time, things developed gradually from simple to more complex. First there were stars, then planets, then single-celled organisms, then multi-celled organisms, followed by fish, plants, amphibians, reptiles, birds, mammals and finally human beings.

Much of this explanation relies on the “big bang” theory and the idea of evolution. However,  ancient forensic science is unable to answer questions like:

This conflicts with the biblical record as the dates are significantly older, all things developed gradually from simple to more complex instead of being complex from the beginning, and people appear after billions of years of evolution.

How can we resolve this conflict?

Scientists use mathematical methods to make predictions. These mathematical methods (which are called “models”) are developed from measurements (observations) that have been made over a certain period of time and under a certain range of conditions. The predictions are most accurate for circumstances that lie within those under which the model was developed. Predictions made outside these circumstances are less reliable as they are extrapolations outside the realm that was measured and observed.

The ancient forensic scientific explanation of ancient history uses theories and observations made in the past few hundred years to make statements about what happened millions and billions of years ago. In science it is well known that the accuracy of a prediction decreases as it extends outside the region of measurement and observation.

As eyewitnesses trump forensic science in criminal investigations, we need to see what implications the historical record has for the ancient forensic scientific explanation. The most obvious implication is that it is wrong to extrapolate backwards in time past about 6,000 years because this was when the universe was “stretched out” by God (Jer. 10:12). The creative week was a unique time that can’t be explained by the laws of science. Scientists would call it a “boundary condition” or an “initial condition”. The assumption of the uniformity of scientific laws only applies since this time. Extrapolation backwards past this time is invalid because the current scientific laws may not apply when God was creating the universe.

Because it is wrong to extrapolate backwards in time past about 6,000 years, the millions of years of evolution are also incorrect.

So when the ancient forensic scientific explanation is corrected by imposing historical eyewitness boundary conditions, we see that the assumptions behind the “big-bang” theory and the theory of evolution are obviously incorrect.

Why can’t we accept both ancient forensic science and the Bible? Because the ancient forensic scientific explanation destroys the gospel message in the Bible. It destroys the source of sin and death, removes the need for a Savior, and ruins the possibility of future restoration of the earth when Christ reigns (Acts 3:21). This means removing creation, the Garden of Eden and the fall into sin as real events in real places.

It also moves the source of sin, disease, decay and death away from Adam and Eve’s disobedience. It makes them a normal part of our world. They are not viewed as being abnormal. It puts death before sin, not after it. It means that the created world, which God said was “very good” (Gen. 1:31), was marred by disease and death from the beginning. It takes away the fact that the original sin affected all of God’s creation (Rom. 8:19-23). It takes away the promise that all creation will be liberated from its “bondage to decay” when Christ returns to rule over it.

“reliable history trumps science when dealing with the past”

Let’s follow the reliable history of the Bible, instead of the erroneous assumptions and extrapolations of ancient forensic science.