Is God obsolete? Has God been replaced by science? 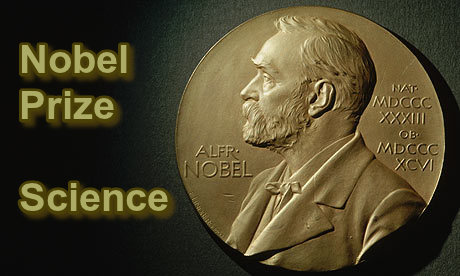 John Lennox noted that if science and God do not mix, there would be no Christian Nobel Prize winners. In fact, between 1900 and 2000 over 65% of Nobel Laureates were self-confessed believers in God.

The statistics were taken from Shalev (2005) and the number of theists may even have been higher still, as he records that just over 65% of the overall winners identified as Christian, whilst over 20% were Jewish and just under 1% were Muslim. Just under 11% of the winners had no belief in God (e.g. atheists and agnostics), although, interestingly, far more of them were in the field of literature (around 35% of winners), than in scientific disciplines (7% of winners in chemistry, 9% in medicine and 5% in physics).

Indeed, one of the fascinating features of the research is some of the differences across the subjects. Rather than being less represented in the scientific disciplines, Christians made up just under two–thirds of those receiving the physics and medicine awards (64% and 65% respectively), whilst the figure was even higher for chemistry, as they accounted for nearly three–quarters of the winners (74%). As for the peace prize, if you exclude those going to organizations, 78% of them went to Christians. And the proportion of awards to Christians was 54% in economics and 50% in literature.

Although the findings do not include the past two decades, they do support Lennox’s contention that science and religion are not considered to be opposed to one another, and that, up until very recently, many of the world’s most eminent academics believed in God. For example, Francis Collins, who led the Human Genome Project, identifies himself as Christian.

Where is the conflict?

The Nobel Prize in Physics was won in 2013 by Peter Higgs, who is an atheist. Some years before that, it was won by William Phillips, who is a Christian. What divides these scientists is their worldview. One is an atheist and the other a Christian. There is conflict between atheism and theism. Naturalism believes that the universe is all that exists. Christians believe that there is an intelligent supernatural God who created, ordered and upholds the universe. They believe that on the basis of rational evidence. God made human beings in His image, meaning that they have been endowed with the capacity not only to understand the universe around them but also to get to know and to enjoy fellowship with God Himself.

Human reason was designed and created by God to enable us to understand and believe the truth. The reason that science works is that the universe and the human mind (that does the science) are ultimately the product of the same intelligent divine mind. Human beings are made in God’s image, and that means that science can be done.

Christians believe that God created the universe and ordained the laws of nature. To study the natural world was to admire the work of God. The  pioneers of modern science—Galileo, Kepler, Pascal, Boyle, Newton, Faraday and Clerk-Maxwell—were all firm and convinced believers in God.

Faith in God was one of the motors that drove the rise of modern science. It sprang from Judeo-Christian sources. So did the concept of human equality. Science and God mix very well.

The question of origins

The universe does not exist because of a series of unrelated accidents. To look at the massive universe and the microscopic universe and conclude that “nobody acting on nothing caused everything” is nonsensical. It’s irrational. You cannot have personality, intellect, emotion, complexity, and massive displays of power coming out of nothing.

People are desperate to show that the universe created itself from nothing. But this is an oxymoron! Every effect has a cause. And the complexity of all the massive effects in the universe cannot have no cause.

Why is there something rather than nothing? God is the answer to that question. It’s a fundamental argument for theism.

According to Marcelo Gleiser, Professor of Physics and Astronomy at Dartmouth College, “Scientists have not explained the origin of the universe at all”. The only way that we can know about creation is to have an eyewitness account from the Creator. And that’s what Scripture is.

Cleary faith in God isn’t obsolete because Christians can be Nobel prize winning scientists. There is conflict between atheism and theism, but not between science and Christianity. God is the agent behind the laws of the universe. Christian faith drove the rise of modern science. Science can never explain the origin of the world because it cannot be observed. Only God can do that because He was an eyewitness.

Lennox J (2019) “Can science explain everything?”, The Good Book Company.

MacArthur J (2020) “How can I help my evolutionist son respect both science and science and Scripture?”, Ligonier Ministries.

This post is largely based on presentations by John Lennox, Professor of Mathematics (Emeritus), Oxford University.

This entry was posted on October 9, 2020 by George Hawke. It was filed under Answer, Christian, Spiritual and was tagged with agent, God, Nobel Prize, origin, science.