Why was Noah’s family saved while the rest died in the flood? 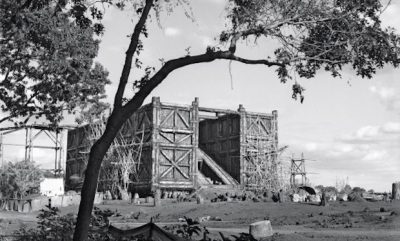 Hollywood has produced a blockbuster movie that is loosely based on the life of the biblical character Noah. It includes stunning visuals of the catastrophic global flood via computer generated imagery. But why was Noah’s family saved from the disaster? And why were the rest of the people and the animals of the earth destroyed in the cataclysmic flood? To find the answers we need to go to the original record, the book of Genesis in the Bible (Gen. 6:1-13). Here we will see that mothers have strong influences on their children. So much so, that ungodly mothers often lead their children into ungodliness.

The first five books of the Bible (the Pentateuch) were compiled and written by Moses for the benefit of the Israelite nation. Genesis begins with the creation of the universe, including the first people who were told to populate the earth. After Adam and Eve sinned by disobeying God, their son Cain murdered his brother Abel. Then Adam and Eve had another son named Seth.

The “sons of God” (Strongs # 1121, 430) are also mentioned in Deuteronomy 14:1 and 32:3-6. Deuteronomy describes God’s covenant with the Israelites, who are called “sons (or children) of the Lord your God”. God was their Father and Creator because He made the Israelite nation, even though they didn’t always behave like His sons (or children). But the Israelite nation commenced well after Genesis 6. As the Israelites were God’s people, the meaning of “sons of God” in Genesis 6 would be the people who followed God at that time. Enoch and Noah were said to have “walked faithfully with God”, so they would have been “sons of God” (Gen. 5:22; 6:9). As they were descendants of Seth and because when Seth had a son “At that time people began to call on the name of the Lord” (Gen. 4:26), presumably the “sons of God” were male descendants of Seth who followed the Lord. However, as faith in God is not necessarily restricted to one lineage, some of the “sons of God” may have been descendants of Seth’s brothers.

Such faith in God would have been evident in their obedience to God’s commands. As both Abel and Noah offered animal sacrifices to God, presumably that was one of God’s commands (Gen. 4:3-5; 8:20-21). At this time people knew the difference between right and wrong (Gen. 3:22). For example, Cain knew what was right, but didn’t do it (Gen. 4:7).

Traditionally the “sons of God” have been understood to be angels, but this is based on Scriptures outside the Pentateuch and on extra-biblical sources.

The “daughters of humans” (Strongs # 1323, 120) are also mentioned in v.1 where it is clear that they were women who were alive at that time. After looking at all the evidence, we will clarify what type of women they were.

The “Nephilim” (Strongs # 5303) were “the heroes of old, men of renown” (Gen. 6:4). The 10 bad spies said that the Nephilim “are of great size” (Num. 13: 32-33). The root word also means a bully or tyrant (Strongs Concordance). The term seems to describe mighty warriors with giant stature and great strength.

Traditionally the “Nephilim” have been understood to be the product of the union between fallen angels and women, but this is not what the Hebrew text says and is based on Scriptures outside the Pentateuch (Job 1:6; 2:1; Dan. 3:25) and on extra-biblical sources.

In Genesis 6, Noah is contrasted against others. He is righteous and blameless, while they are wicked. We will see that he is being compared with the other descendants of Seth who were alive at that time.

The order within Genesis is a historical sequence, which provides an overall genealogy from Adam to Joseph’s grandchildren. Within each family the children of lesser importance are usually mentioned briefly followed by a more detailed account of the children that were divinely chosen to be God’s agents. The latter were either Christ’s ancestors or Israelite patriarchs. For example, Shem over Japheth and Ham (Gen. 10:1-32; 11:10-26), Isaac over Ishmael (Gen. 25:12-18; 25:19 – 35:29), and Jacob over Esau (Gen. 36:1-43; 37:1 – 50:14).

As Noah is a descendant of Seth, Genesis 5-10 is an account of the descendants of Seth. This includes the passage we are looking at (Gen. 6:1-13).

“Noah was a righteous man, blameless among the people of his time” who “walked faithfully with God” (Gen 6:10). “Blameless” (tamim Strongs #8549) means sound, wholesome, unimpaired, innocent, having integrity. It includes being innocent of the behavior listed below and of idolatry and spiritism (Dt. 18:13). Instead he usually followed God and did what was right. But he still sinned as indicated by his drunkenness after the flood (Gen. 9:21).

In contrast, at that time the other descendants of Seth were characterized by:
• “The Lord saw how great the wickedness of the human race had become on the earth, and that every inclination of the thoughts of the human heart was only evil all the time” (Gen. 6:5). This was extreme evil – note “every inclination,” “only evil,” and “all the time.”
• “the earth was corrupt in God’s sight and was full of violence” (Gen. 6:11).
• “God saw how corrupt the earth had become, for all the people on earth had corrupted their ways” (Gen. 6:12).
• “the earth is filled with violence” (Gen. 6:13).

What can we learn about this situation from the New Testament? Noah was a “preacher of righteousness” and those destroyed in the flood were “ungodly” (2 Pt. 2:5). For 120 years before the flood, Noah preached in the power of the Holy Spirit to those who were disobedient and God waited patiently (1 Pt. 3:19-20).

Noah had great faith in God (Heb. 11:7). When warned about things not yet seen (God predicated a destructive flood), in holy fear he built an ark to save his family. The salvation of his family and the animals in the ark is symbolic of salvation through Christ’s death and resurrection (1 Pt. 3:21).

The ungodly people didn’t expect the flood. They carried on living as usual until it was too late when the flood came (Mt 24:37-41; Lk. 17:26-27). That’s how it will be when Christ returns to judge the world. The ungodly are taken away in both instances for judgment because they reject God’s mercy.

Thousands of years after the flood, people forget that the world was destroyed in the flood and doubt that God will judge the world again (2 Pt. 3:6-7). But the next time it will be by fire.

Noah is included in the genealogy of Christ (Lk. 3:23-38). After Adam sinned God told Satan “I will put enmity between you and the woman, and between your offspring and hers; he will crush your head, and you will strike his heel” (Gen 3:15). This was a promise that one of Eve’s male descendants would destroy Satan. People may have wondered who would be the destroyer and Satan would be trying to stop the fulfilment. The first candidate was Abel, but Satan had him murdered by Cain. Noah was the only candidate of His time, so Satan would be trying to introduce ungodliness into Noah’s family. So this was a crucial point in the genealogy of Christ. We see that God acted decisively to remove this threat.

The Bible says that the flood was God’s judgment of humanity’s wickedness. But what caused this wickedness to spread amongst mankind? The Bible seems to give a clue when it mentions the marriage between the “sons of God” and the “daughters of humans” before and after the warning in Genesis 6:3. The implication is that the cause of the departure from righteousness amongst God’s people in Noah’s day was because godly men chose ungodly wives. They chose wives based on their beauty alone – “the sons of God saw that the daughters of humans were beautiful, and they married any of them they chose” (Gen. 6:2). It seems as though the wives spread this ungodly behavior through their children (Gen 6:4). Like those destroyed in the flood, they were “ungodly”. When a godly man marries an ungodly woman, the children are likely to be ungodly. If most godly men marry ungodly women, after a few generations, most of the people are likely to be ungodly.

If Noah’s ancestors were godly and they didn’t die in the flood, then they must have already died when the flood came. Otherwise, they should have been on the ark. Using the dates in Genesis 5 we see that his father Lamech died 5 years before the flood and his grandfather Methuselah died in the year that the flood came. This was enabled because Noah didn’t have a child until he was 500 years of age, which was more than double the next largest recorded time period of 187 years. Also, Lamech was the youngest to die at 777 years, appreciably younger than the next recorded youngest of 895 years.

Maybe the ungodly were influenced by descendants of Cain such as the different Lamech who practiced polygamy and murder (Gen. 4:19, 23-24). This evil was so widespread that Noah was the only man to resist this temptation. But if the ungodliness continued unchecked, the godly remnant would have ceased to exist (humanly speaking).

Why were the rest of the people destroyed in the flood? The Bible says they were ungodly. One of the reasons they were ungodly is because they probably had ungodly mothers. They learnt to disobey God when they were young and continued to be ungodly when they were adults. They disobeyed God by refusing to offer animal sacrifices. Instead they probably worshipped idols. Also, they refused God’s mercy because they refused to believe that they faced His judgment.

Was God unfair to judge the world in this way? Well we see that they had plenty of warning. At that time, the Lord said “My Spirit will not contend with humans forever, for they are mortal (or corrupt); their days will be a hundred and twenty years” (Gen. 6:3). Here God is giving the people 120 years warning of their coming judgment.

Chief lesson for us

For us today, the salvation of Noah’s family in the ark is symbolic of the salvation available through Christ’s death and resurrection (1 Pt. 3:21). There is a warning that unless we respond to God’s rescue plan, we will perish spiritually in hell, just like those who perished physically in the flood. Meanwhile God is waiting patiently “not wanting anyone to perish, but everyone to come to repentance” (2 Pt. 3:9). Those who confess and repent of their sin and trust that Christ has paid the penalty are godly in God’s sight (like Noah) and will live eternally in heaven.

This shows the power of a mother’s influence on her children. Godly men need to be careful when choosing a wife because of the impact on the spirituality of their descendants. Ungodly mothers often lead their children into ungodliness. After all, godliness is more important than beauty.

This entry was posted on April 18, 2014 by George Hawke. It was filed under Christian, History and prophecy, Spiritual and was tagged with Cain, currupt, flood, godly, Nephilim, Noah, Seth, sons of God, ungodly, violence.