Extrabiblical evidence of 83 people in the Bible 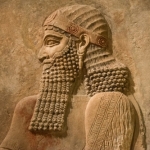 Did you know that ancient history and archaeology have confirmed the existence of 83 people mentioned in the Bible? In articles in the Biblical Archaeology Review, Purdue University scholar Lawrence Mykytiuk presented documentary evidence of this (see References).

PEOPLE IN THE OLD TESTAMENT

These include Israelite kings and Mesopotamian monarchs as well as lesser-known figures. Their names appear in inscriptions written during the period described by the Bible and in most instances during or quite close to the lifetime of the person identified. END_OF_DOCUMENT_TOKEN_TO_BE_REPLACED 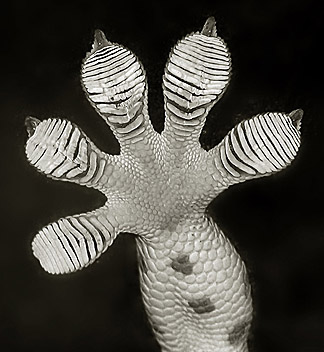 Are animals smarter than people?

Sometimes in movies or children’s stories there are talking animals. This is an example of anthropomorphism where something is given human attributes. The word comes from the Greek word for human (anthropos) and form (morphos). A recent television show titled “Making stuff smarter” described how nature inspired scientists to develop new inventions. For example:

These abilities of nature were explained in the television show as follows:

So animals amazing abilities are attributed to: “nature”, “Mother Nature”, and “evolution”. This creative ability is assumed to be an inherent characteristic of animals. Does the fact that scientists are imitating these abilities mean that animals are smarter than people? The answer to this question depends on how the animals were created. If they created themselves, then they developed these characteristics first and so in this aspect they are smarter than the scientists who are investigating them! On the other hand, if the animals didn’t create themselves, then they are not necessarily smarter than people.

Why is “Mother Mature” capitalised? This looks like theomorphism, where something is given the attributes of God or a deity. The word comes from the Greek word for god (theos) and form (morphos). In this case the idea of evolution replaces the need for a creative God. It is theomorphic.

What does God say about this topic in the Bible?

So, don’t believe everything you hear and read. Instead test it against what God says.

God Loves People More Than Anything

The Bible says that God loves the people of this world so much that He gave His only Son, so that everyone who has faith in Him will have eternal life and never really die. God did not send His Son into the world to condemn its people. He sent Him to save them (Jn. 3:16-17).

So, God loves people more than anything else in the world. This is true whether they follow Him or not. It is also true regardless of what their attitude and behavior toward Him may be.

Humanity is seen as the peak of God’s creation in the first two chapters of the Bible, where people are described as being made in the image and likeness of God (Gen. 1:26-27). They were also given the privilege and responsibility to care for the rest of the world and name “all the livestock, the birds of the air and all the beasts of the field” (Gen. 2:15,20 NIV).

In The Old Testament

After mankind sinned by disobeying God, God promised Abraham that his descendants would be a great nation and be of great benefit to everyone on earth (Gen. 12:1-3). This promise passed on to his son, Isaac, and then to his grandson, Jacob, whose name was changed to Israel (Gen. 28:13-14; 32:28). Consequently, the children of Israel were God’s special people in the Old Testament times. Through them He showed His great love and concern for humanity.

The term “my people” is mentioned frequently in the Old Testament to express the close relationship between God and the nation of Israel. This was demonstrated through history with the rescue from slavery in Egypt; sustenance during the desert journey; provision of laws for government, social and religious life; the conquest of Canaan; and protection against enemies, even when in exile. Finally, God’s Son, Jesus Christ, was born and lived in a Jewish family and His ministry was mainly to Jewish people.

Just as in the story of the tenants, the Jews failed as God’s representatives on earth and even killed His Son (Mt. 21:33-46). So, after this, God turned His attention to other people.

In the New Testament

The announcement of Christ’s coming was “good news of great joy … for all the people” (Lk. 2:10). One reason for this was that the benefits of being part of God’s special people were to be made available to everyone across the globe. This was endorsed by Jesus who instructed his followers to go to the people of all nations and make them His disciples also (Mt. 28:19).

This truth was given to Peter who learned that God “accepts people from every nation who fear him and do what is right” (Acts 10:34-35). It was also evident to the early believers when they noted that God was taking “a people for Himself” from all nations (Acts 15:14).

Of course such people are from every community, language, nation and race (Rev. 5:9). This means that God’s people are spread all across the earth, with believers following Jesus in every country. For example, even though there was opposition and evil in the city of Corinth, the Lord assured Paul that he was safe “because I have many people in this city” (Acts 18:10).

This reminds me of a song, written by Russell Fragar (Hillsongs, Australia, 1993), that says,

Isn’t it wonderful to know that God loves people more than anything else in this world! And that today, His people can be found all over the world. And that His work of saving people is still going on today. And that He is using His people to communicate the Good News to those who have not yet heard it.

If you are already one of His people, we hope you will engage in the good work He called you to with these words: “Go into all the world and preach the good news to all creation” (Mk. 16:15). We encourage you to begin right now, right where you live.

If you are not yet one of His people, we hope you will get in touch with His people and investigate the Good News of salvation through Jesus Christ.

Give Priority To God And People THIS NEW YEAR

The word “Christian” means a follower of Christ. The beginning of a new year is a good time to focus on some of the words He spoke – in particular, His first words, His most important words and His last recorded words – and determine how well we are following Him.

His First Words
When He was 12 years old, Jesus stayed behind to talk with the teachers in the temple while His parents headed for home after the festival of the Passover. When they returned and found Him, Mary said, “‘Son, why have you treated us like this? Your father and I have been anxiously searching for you.’ ‘Why were you searching for Me?’ He asked. ‘Didn’t you know I had to be in My Father’s house?’ But they did not understand what He was saying to them. Then He went down to Nazareth with them and was obedient to them. But His mother treasured all these things in her heart. And Jesus grew in wisdom and stature, and in favor with God and men” (Lk. 2:48-52 NIV).

The two different fathers mentioned in this passage show the two main relationships of His youth. First, He was aware of His unique relationship with God. At 12 years, He was doing God’s business. Of course, that’s why He came to earth. One example of this relationship was that He prayed regularly. Second, He obeyed His parents. They were part of His human family. Later He said, “Whoever does God’s will is My brother and sister and mother” (Mk. 3:35). All believers are part of His spiritual family. One example of this relationship was His compassion for people. He saw them as “sheep without a shepherd” and wanted to care for them like a hen cares for her chicks (Mt. 9:36; 23:37). So, this incident and the Lord’s first recorded words show that His two main relationships were with God and with people.

The Jews had at least 600 laws at this time. When asked which was the most important, Jesus said to put God first and people next. He simplified their complex religious requirements into two relationships – with God and with others. Our priorities should be likewise – God first, people next and selfish things last.

His Last Recorded Words
Before Jesus ascended, the apostles asked Him: “‘Lord, are You at this time going to restore the kingdom to Israel?’ He said to them: ‘It is not for you to know the times or dates the Father has set by His own authority. But you will receive power when the Holy Spirit comes on you; and you will be My witnesses … to the ends of the earth.’ After He said this, He was taken up before their very eyes, and a cloud hid Him from their sight” (Acts 1:6-9).

They expected the earthly kingdom to commence, but didn’t know that this wouldn’t happened until after the gospel was taken to the Gentile nations. Instead the Lord promised the Holy Spirit to give them power to witness for Him across the known world. Witnessing is introducing people to God. This mission for the apostles, which is also the Church’s mission, involves the two relationships already mentioned – with God and others. They would no longer have the Lord to guide them physically, but all believers now have the Holy Spirit to guide them spiritually.

Starting today, let’s devote our lives to God’s business – really giving Him top priority, and really loving one another – the essence of Jesus’ most important words.