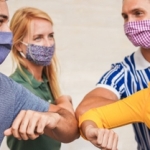 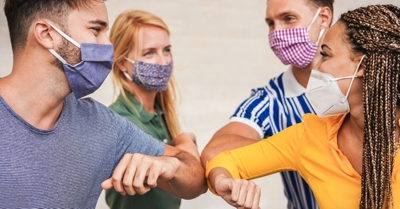 This post comes from Philip Nunn who lives in The Netherlands.

Now we are all concerned about the ‘second wave’. And we are told that other waves may follow. We are also told that once the vaccines arrive life will return to normal. But can these new intrusive vaccines be trusted? We hear that COVID-19 is not unique, that it is only a matter of time before other viruses will follow. We sense fear, also in Christian circles. For some time now governments have been restricting our free movement. Only last year we all thought that such severe restrictions could only happen in totalitarian states and never in our free democracies. We sense frustration and anger, also in Christian circles. Among some Christians I also sense a movement towards a comfortable self-centered existence. END_OF_DOCUMENT_TOKEN_TO_BE_REPLACED

How many winners can you remember from past Olympic Games?

The opening ceremony of last September’s Olympic Games in Sydney, Australia was an extravaganza beamed around the world. It had a cast of 12,700 performers backed by a crew of 4,600. These Olympic Games were described by the media as the biggest event ever staged on this planet.

The ceremony commenced with 120 horse riders charging around the stadium with flags flying. Then simulated sea creatures floated and swirled above performers in an ocean of color. This was followed by a rapid tour of Australia’s history beginning with more than 1,000 indigenous people performing their traditional dances. Next, fire was symbolized, followed by plants and animals unique to Australia. Then European settlers arrived bringing farming and industrialization followed by immigrants from all continents to form the multi-cultural society that is Australia today. Finally, workers built an enormous bridge and the finale included the word “Eternity” which is on the Sydney Harbor Bridge.

After this, athletes from 200 countries paraded into the stadium accompanied by a marching band. They were obviously happy to represent their nations and compete in the Games. One athlete from Paraguay held a banner saying “I finally did it.” This expressed the relief and excitement of making the Olympic team after years of dedicated training to attain the required standard of performance. 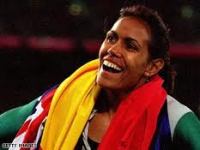 Heroes
The heroes of the Olympics are those who won medals. In fact, a theme song during the Games was titled “Heroes Live Forever” which conveyed the thought that these sporting champions would always be remembered. But how many winners can you remember from past Olympic Games? Memories fade and disappear, and even the world we live in will not last forever (Lk. 21:33; Heb. 1:10-12).

There were images of past heroes, now stricken with illness. Muhammad Ali, who once claimed to be “the greatest,” now suffering from Parkinson’s disease, and another past gold medalist now afflicted with multiple sclerosis, held the Olympic torch on her wheelchair. And research on ex-soccer players published recently in the British Journal of Sports Medicine found that half of them suffered from chronic arthritis, anxiety and depression.

The Bible teaches that our souls live forever and that Christians will live in God’s presence forever (1 Th. 4:17). This future reward is called “eternal life” (1 Jn. 5:13). It is a gift from God. However, those who refuse God’s gift of salvation through Jesus will be punished with everlasting destruction and be separated from God forever (2 Th. 1:8-9).

Follow The Rules
A game consists of the rules by which it is played. An Australian athlete was upset when she was disqualified near the end of the 20 kilometer walk, and some teams failed to exchange the baton correctly in the relay races. Several competitors failed drug tests, and at least four medal winners were stripped of their rewards and expelled from the Games for doping. A swimmer warned that drug use was the biggest threat to the Olympics and called for stricter controls. The failure to follow the rules was not always evident to spectators. Likewise, the Bible says that not all those who behave like Christians will get to heaven. Some will be told by Christ “I never knew you” (Mt. 7:23). The critical test is whether they did the will of God, which includes confessing their sins and receiving Christ as Lord and Savior (Mt. 7:21; Jn. 6:29).

More To Life
Today’s hero is often tomorrow’s “has been.” And there is much more to life than success. The Bible warns against selfish ambition and desire for wealth (1 Tim. 6:10). After all, how do you benefit if you become the most successful person in the world but destroy your future in the process (Mt. 16:26)? Nothing is more important in life than getting right with God so we can spend eternity with Him (Phil. 3:8). The next most important thing is to live for Christ and serve Him by looking after the interests of others (2 Cor. 5:20; Phil. 2:3-5).

As the Olympics are multi-national and multi-cultural, they are often linked with the need for peace. But the world’s greatest need is for peace with God.

Now Is The Time
Athletes had to perform at the required time and place in order to compete for a medal. Past performances did not count and there was no guarantee that they would qualify for the next Olympics in Athens, Greece in 2004. Similarly, life is brief and we don’t know for certain what will happen tomorrow (Prov. 27:1; Jas. 4:14). There was a reminder of the brevity of life during the Games when Juan Antonio Samaranch, the president of the International Olympic Committee, was called home to be with his seriously ill wife, who died before he could get there.

Proverbs 27:1 tells us, “Do not boast about tomorrow, for you do not know what a day may bring forth.” Last year’s Olympics certainly verified this in many ways. Matthew 16:26 asks this rhetorical question: “What good will it be for a man if he gains the whole world, yet forfeits his soul?” The lives of now-forgotten Olympic medalists certainly remind us of this. And James 4:14 warns that “You do not even know what will happen tomorrow. What is your life? You are a mist that appears for a little while and then vanishes.” Trust the Savior today because “now is the day of salvation” (2 Cor. 6:2). You may not get the opportunity tomorrow.