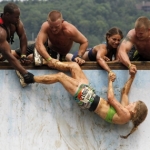 Some of my grandchildren do an Obstacles Course as an after-school activity. And we face many obstacles in life. Today we are looking at the most important obstacles in our lives. These are the ones that come between us and God. This post is based on a message given in Sydney, Australia, by Franklin Graham in February 2019.

The importance of renewal

Recently I moved to a new place of employment. Before I left my old job I spent a day sorting through the stuff that I had collected in my office, keeping some things, but discarding many items that were no longer useful. Changing jobs was a good opportunity to clean up all the things I had accumulated after 14 years at my previous job.

Similarly, when people move to another dwelling they have many possessions to go through. Some have garage or yard sales to get rid of unwanted belongings. We accumulate lots of unnecessary things over the years. Also, there’s a limit to how much we can store. A new start can be necessary and refreshing, but it can also be challenging.

For Humanity
We follow a God who has given human beings new starts down through the ages. When evil was rampart early in history, God started again and re-populated the earth, beginning with Noah’s family. Noah lived right and obeyed God (Gen. 6:9). But children and descendants don’t always follow the ways of their parents and ancestors, and people still disobeyed God and wickedness once more became prevalent across the earth.

From Jesus
Many people received a new start in life from Jesus. Those with serious disabilities and diseases were healed, demons were exorcised and death was reversed. A demon-possessed man who lived in the tombs and wore no clothes was cured and restored to be “in his right mind” (Mk. 5:1-17). Lazarus was raised from death to life (Jn. 11:1-44)!

Jesus gave many people a new direction in life. The disciples changed their occupations when they followed Jesus (Mt. 4:19). Zacchaeus, a wealthy and corrupt tax collector, changed his ways, becoming generous to the poor and those he had cheated (Lk. 19:8). However, the rich young man remained the same and went away sad (Mt. 19:16).

Jesus told people they should repent instead of perishing in hell (Lk. 13:3,5). This means to turn around and go in a different direction. He came to rescue these people (Lk. 19:10). It is like giving them a new start. Such a transformation needs to come from within and not just be external. Judas Iscariot seemed to make a new start with Jesus, but he didn’t change internally. This led to despair and suicide (Mt. 27:3-5).

For Christians
At Pentecost, those who followed Jesus were empowered by the Holy Spirit and when they spoke about 3,000 people joined them (Acts 2:1-41). Many others had a radical new start as well. Paul was converted from a persecutor to a preacher (Gal. 1:23). The slave Onesimus became a partner (Phile. 16-17). Those in the church at Thessalonica turned from idolatry to Christianity (1 Th. 1:9). In fact, all Christians are part of God’s new creation (2 Cor. 5:17). This is the most important new start we can make.

Each Day
Each day is a new day. It brings fresh opportunities and challenges. We can make a new start each day to follow Christ and serve His purposes in our part of His world. This means being willing to dispose of the rubbish in our lives and to allow the Holy Spirit to renew our thoughts and attitudes (Eph. 4:23-24). Prayer and recalling God’s goodness is a great way to start each day (Ps. 5:3; 88:13). Then we will know, like Jeremiah, that God’s faithfulness is great; His mercies are new every morning (Lam. 3:23).