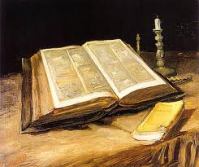 The Bible is a selective history of God’s dealings with mankind. It is not exhaustive, otherwise it would be too large for wide distribution (Jn. 21:25). The Bible records only the highlights of Christ’s life. These include the fulfillment of Old Testament prophecies regarding the Messiah, such as His birth, life, death, and events related to God’s salvation plan. John wrote, “Jesus did many other miraculous signs in the presence of His disciples, which are not recorded in this book. But these are written that you may believe that Jesus is the Christ, the Son of God, and that by believing you may have life in His name” (Jn. 20:30-31 NIV). The Bible was written so we could know Jesus.

The years of Christ’s life, between 12 and 30, have been called the silent years, because the Bible says little about them. During this time Jesus lived with His family as a carpenter in the village of Nazareth and He “grew in wisdom and stature, and in favor with God and men” (Lk. 2:52). Some early writers tried to satisfy human curiosity about the silent years by inventing stories to cover the missing periods of Christ’s life. These so-called apocryphal gospels are fiction. Only the most important parts of Christ’s life are documented in the Bible.

This entry was posted on February 18, 2010 by George Hawke. It was filed under Answer, Christian, Spiritual and was tagged with bible, Christ, History and prophecy, Jesus.