How to choose the best introduction to Christianity

The Christian faith is based on teachings in the Christian Bible, which are mainly about Jesus Christ. After all, the Greek noun Christianos translated “Christian” (Strongs #5546) means a follower of Christ (Acts 11:26; 26:28; 1 Pt. 4:16). The steps to become a follower of Christ include: a preacher is sent by God, they proclaim the good news given in the Bible, a person hears this message, and they believe it (Rom. 10:14-15). Sometimes it is helpful to use experienced preachers to help proclaim the good news to others.

Over the past decade, several courses have been used to help introduce people to Christianity. The following such courses are reviewed below: “Simply Christianity” (2003), “Alpha” (2005), “LifeWorks” (2005), “Christianity Explained” (2006), “Christianity Explored” (2013), and “Introducing God” (2014). Each of these courses has several sessions which are intended to be done on a periodic basis. Some of the courses have extra sessions, which aren’t included in this review. So the review is based on the core sessions. “Towards Belief” (2013), a course which addresses the belief blockers of our time, was also viewed but isn’t discussed below.

All these courses have been developed and delivered by those with the gift of evangelism and with theological training. They are skilled and experienced presenters with appropriate demeanour, body language, and attire. The messages are encouraging and challenging with the major application being that unbelievers would trust in Christ as their Savior. In each session they keep to the subject and have a clear outline, key points, introduction and conclusion. They use appropriate illustrations and visual aids, which are generally better in more recent videos (see “Video age” below). The Scripture passages used are relevant to the message and they are interpreted and applied as in mainstream Christianity, except for in one Alpha message (see “Doctrinal aspects” below).

How can we choose which of these courses is best for us to use? To help make this decision, we will look at several categories.

Because people are often busy, it can be difficult for them to persist through a long course. Also, the time period available may be limited by other factors such as a person’s availability.

The longer a message, the more difficult it is to maintain the audience’s interest and their recall of the content. If one’s attention span is limited, this can be an important factor.

Christianity Explored has the shortest video messages (about 15 minutes). Most of the other courses are about 30 minutes (Christianity Explained, Introducing God, and LifeWorks). On the other hand, Alpha is the longest at about 45 minutes. It is noted that a shorter version of the Alpha messages is also available (about 25 minutes).

Because of changes in technology and culture, videos tend to represent the year they were made. Generally, recent videos use more appealing graphics and visual aids. Their illustrations are also more current and less historic. 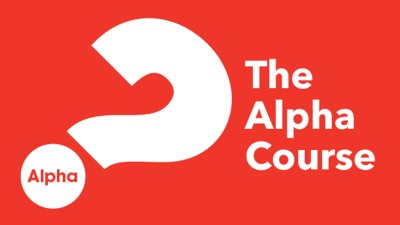 Spoken English can be difficult to understand for those with English as a second language. For example, Chinese students who visit Australia need to do English language courses in order to improve their understanding of the English language and so be able to complete their course of study.

Christianity Explained is probably the easiest course to understand because it uses the Good News Bible, which has simple language. The level of English in the other courses is similar as they use the NIV, ESV and HCSB translations of the Bible. Also, the Alpha course includes some English church terms such as “vicar” and “church warden”, which would need to be explained.

Today some people don’t know much about the Christian God or the terminology used in the Bible. This means that such knowledge shouldn’t be presumed.

The course with the largest proportion of time spent on pre-evangelism is Lifeworks, which is at least 50% pre-evangelistic. On the other hand, the course that assumes the most knowledge of the Bible and church life is Alpha. Alpha also provides the most post-evangelistic content (at least 60%).

All of these courses cover the basics of the Christian faith; including the life, death and resurrection of Jesus Christ, and the good news of salvation through faith in Christ.

However, Alpha (2005 videos) deviates from mainstream Christianity in its session on “Does God heal today” where there is questionable exegesis with regard to “Words of knowledge”. It claims that Matthew 28:19 is a command for Christians to heal the sick, and endorses the Pentecostal preacher John Wimber. Also, the extra Alpha sessions on the Holy Spirit assume that the coming of the Holy Spirit to first Jewish, Samaritan and Gentile Christians, and when John the Baptist’s disciples and Paul became Christians, described in Acts 2, 8, 9, 10, 19, are all normative for today. But each of these describes the Holy Spirit coming in a different sequence of events. As today the good news is going out to all nations (Acts 15:10), the pattern for us is that the Holy Spirit indwells someone as soon as they believe in the message (Acts. 10:44). So these sessions on Healing and the Holy Spirit should be omitted if you don’t want to include Pentecostal teaching in your course.

I am not yet able to comment on the 2015 Alpha videos.

Sometimes it may not be convenient to use a video, although this is less likely with the advent of tablet computers and smart phones. Also, you may wish to present to message yourself so it can be tailored to the audience. Someone told me they would prefer that the audience read the Bible instead of watching videos.

LifeWorks provides the most information for the presenter, including speaker’s notes and PowerPoint slides. On the other hand, for the other courses this information would need to be derived from the message summary in the Workbook and from the video messages. All the courses have Workbooks or Notes which contain a summary of the messages. The Workbook for Simply Christianity also has “Extra information” for each session.

So, what’s the best course for introducing people to Christianity?

Which course is best for you will depend on the relative importance of each of the categories considered above. Like various translations of the Bible, they all tell us what God wants us to know about Jesus Christ and what we should do about this. They are merely tools to help people understand the most important message in the Bible.

If you want to use minimal preparation and contemporary style, the options are Christianity Explored (with shorter messages), Introducing God, and LifeWorks (after mid 2016).

Although no course is perfect, they all clearly present the good news of salvation for sinners through Jesus Christ. Let’s all communicate this message, whether we use a course or not.

View this document on Scribd
Written, May 2015
Revised, February 2016

This entry was posted on May 31, 2015 by George Hawke. It was filed under Christian, God and Jesus, Gospel, Spiritual and was tagged with alpha, christianity explained, christianity explored, course, evangelism, introducing god, lifeworks, simply christianity.