Jesus is the reference point of time 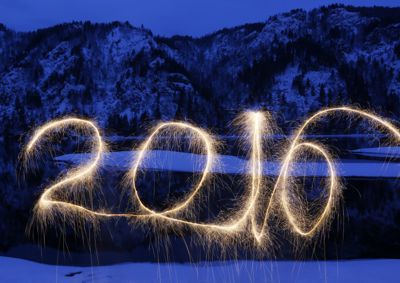 Today is the first day of 2016 CE, where “CE” means “Common Era”. Dates before 2016 years ago are designated as BCE (Before Common Era). The use of CE and BCE was introduced by Jewish academics in the mid-19th century. These terms were intended to replace AD and BC, which stood for the Medieval Latin term “Anno Domini” (which means “in the year of the Lord”) and “Before Christ”.

As the Hebrew calendar was a lunar calendar, extra months were added occasionally to synchronize it with the solar calendar. Otherwise, the months aren’t linked with the seasons and drift each solar year by 11-12 days. So seven lunar months need to be added over each 19 years.

The most common mention of time in the Bible is the age in years of a person since their birth. For example, “So Joseph died, being 110 years old” (Gen. 50:26NIV).

Time was also measured as the period in years after a significant event. For example:

Time can also be measured as the period in years before a significant event. For example,

Amos’s vision is dated as “two years before the earthquake, when Uzziah was king of Judah” (Amos 1:1). 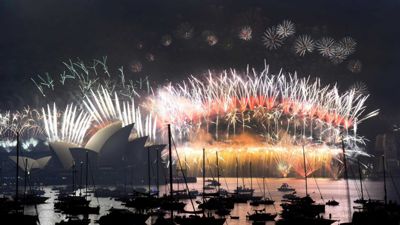 The Latin term “Anno Mundi” means “in the year of the world”. This dating system uses the creation of the world as its reference point in time. The Old Testament contains enough information so that we can calculate AM dates directly. This method relies on the chrono-genealogies (Gen. 5:3-32; 11:10-26) and other chronological information in the Biblical text (Ex. 12:40-41; 1 Ki. 6:1).

Such a calculation using the Hebrew Masoretic text indicates that the flood was in AM 1656, the Israelites were in Egypt AM 2298-2728, and the temple was started in AM 3208. It’s difficult to convert AM dates to BCE. Although Solomon’s temple was destroyed in 586-587 BC, this is difficult to date in AM. But if we assume that the temple was started in 967 BCE. This gives creation in 4175 BCE, the flood in 2519 BCE, and the Israelites in Egypt in 1877-1447 BCE. Due to the inherent uncertainty in such calculations, this indicates that the world was created around 4200 BCE and the flood occurred around 2500 BCE.

The use of AD was adopted in the 6th century CE by a Christian monk by the name of Dionysius Exiguus. For him, Jesus was the reference point or the focal point of time. Numbering years in this manner became more widespread with its usage by Bede in England in 731. Bede also introduced the practice of dating years before the supposed year of birth of Jesus, and the practice of not using a year zero. In this system, the year 1 BC is followed by the year AD 1, so there is no year zero in the Dionysius-Bede calendar (maybe because there was no Roman numeral for zero). So a new century begins in a year which has “01” as the final digits and a new millennia ends in “001”. The AD system spread when the Emperor Charlemagne adopted it for dating acts of government throughout Europe.

Around AD 525 a monk Dionysius Exiguus was asked by Pope John 1 to determine future dates for the celebration of Easter. In his Easter table Dionysius changed the reference point of time from the accession of the Emperor Diocletian in 284 CE (Anno Diocletiani), to the assumed birth of Christ in 1 CE, because he didn’t wish to continue the memory of a tyrant who persecuted Christians. This was the last major persecution against Christians in the Roman Empire during 303-311 CE, but after 324 CE Christianity became the empire’s preferred religion under its first Christian emperor Constantine.

Dionysius calculated that Christ was born 753 years after the founding of Rome as a city. Year AD 1 was equivalent to the 754th year of Rome as a city. This shows the significant influence of Christianity on Western society at that time. It was the official religion of the Roman Empire.

Dionysius took the main dividing point of world history to be the birth of Christ. So every time we see or write the numerals of a year, these represent the number of years since Christ’s birth. Scholars subsequently discovered that Jesus was actually born around the year we label as 5 BC.

All civilizations developed schemes for numbering years, which were often based on the reign of the current ruler. The Egyptians did this since the third millennium BCE. In the first century BCE, the Romans adopted the founding of the city of Rome (AUC) in 753 BCE as their reference point of time. The Muslims use a lunar calendar with CE 622 as the reference point.

Astronomers have solved the problem of the “missing year 0” in the Dionysius-Bede calendar by making room for a year 0. Astronomical year numbering uses a number without a prefix or suffix. It defines the year before year 1 to be year 0 and the year x BCE is –(x-1). ISO 8601 is an international standard for the exchange of date and time-related data. Years are designated by a four-digit number similar to Astronomical year numbering. With 1 BCE being 0000 and 2 BCE being -0001 etc.

So, although BC and AD has been replaced, Jesus is still the reference point for measuring time. He is the reason we have BCE and CE. Although the references to “Christ” and “Lord” have been dropped, the numbers have been retained. And these numbers represent the number of years before or after Christ was on earth.

In this way, the chronology of world history is like the Bible. Both are divided into two eras, with the transition from the older to the newer occurring when Christ was on earth. Jesus Christ is central to both time and to history.

Is Jesus central or peripheral in your life? He came to reconcile us to God. He did His part by dying for us and then rising victoriously back to life. Have you done your part by accepting His gift?

This entry was posted on January 1, 2016 by George Hawke. It was filed under Christian, New year, Spiritual and was tagged with AD, Anno Mundi, BC, BCE, Bede, calendar, CE, Dionysius, Jesus, time.