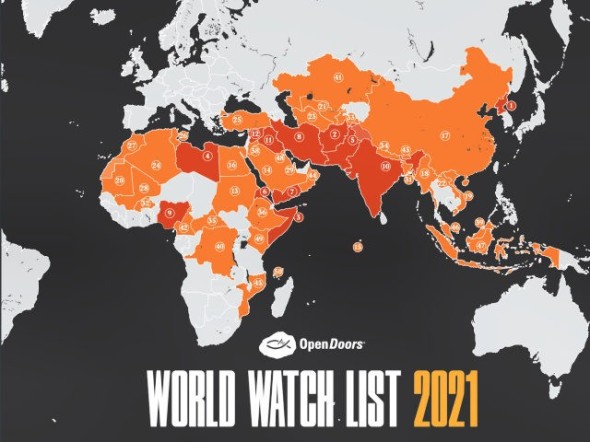 Graham Staines was an Australian Christian missionary in India. In 1999 he and his two sons were burnt to death by Hindu fundamentalists alleging “forced” conversions. A mob of about 50 people, armed with axes and other implements, attacked a jeep while Staines and his sons were asleep inside, and set it alight, trapping them inside and burning them to death. A few days later, Graham’s wife, Gladys, made a public statement forgiving the killers. But hate crimes against religious minorities continue in India.

History and tradition say that the apostles (except for John) had violent deaths. Only two are mentioned in the Bible – Judas betrayed Jesus and hanged himself, while James the son of Zebedee was beheaded by king Herod (Mt. 10:2; Acts 12:2). But it gives some details of the first Christian martyr (Stephen).

Jesus Christ and Stephen are two significant characters in the Bible. They have many similarities and some differences. Stephen lived in Jerusalem and was an active member of the early church who was godly and wise (Acts 6:3,5).

Some examples of the differences of the two are as follows:
– Jesus was crucified, whereas Stephen was stoned.
– Jesus prayed to God the Father, whereas Stephen prayed to Jesus Christ (Lk. 23:46; Acts 7:59-60).
– Stephen died because of the action of cruel men, whereas Jesus gave Himself up to die as a sacrifice for our sins.
– Christ’s death was followed by the start of the church due to the giving of the Holy Spirit; and Stephen’s death was followed by the geographical spread of the church due to persecution (Acts 1:4-5; 8:1, 4; 11:19-21).
– Stephen’s body is still waiting to be resurrected, whereas Christ’s body was resurrected back to life on the third day after He died.
– And Stephen was a human being like us, whereas Jesus is the unique Son of God who is both human and divine. This is the difference that counts. Jesus was not an ordinary man.

The main point is that we can admire great Christians like Stephen or Paul, but like us they are just servants of Jesus Christ. On the other hand, Jesus is unique and on the cross He took the penalty for our sin.

Stephen was a Christian hero who was a good example to follow, while the Sanhedrin were wicked villains. Hate crimes continue against Christians today. These range from mild criticism to imprisonment and murder. This shows that human nature hasn’t changed from Biblical times.

This entry was posted on September 27, 2021 by George Hawke. It was filed under Christian, Spiritual, Trials and was tagged with death, hero, India, Jesus, martyr, Sanhedrin, Staines, Stephen, trial, villain.