The Bible teaches us to submit to various authorities. But what if an authority makes a law that requires us to disobey God? 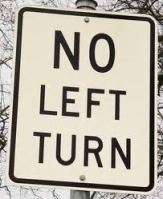 Although Christians are citizens of heaven (Phil. 3:20), they must also submit themselves to all forms and levels of human government (Tit. 3:1). God established human government after the flood; and Genesis 9:6 introduces the concept of governmental authority when it speaks of capital punishment. Governments help maintain law and order, keep the peace and avoid anarchy. Our attitude to authority is an important part of our Christian life.

Everyone must submit to the governing authorities because they are established by God and viewed as His servants (Rom. 13:1-7). The governing authorities are set in place by the permissive choice of God and their power is from God (Jn. 19:11; Rom. 9:17). Their weapons are a sign of their authority. So when people disobey a human ruler, they indirectly disobey God.

It’s good to be law-abiding citizens, because if we don’t submit to authority we will have a bad conscience. We are to pay our taxes to those in authority and never join in rebellion against the government or seek its overthrow by violence.

Paul quoted Exodus 22:28 when he said, “Do not speak evil about the ruler of your people” (Acts 23:5 NIV). He also said that we should pray for “all those in authority, that we may live peaceful and quiet lives in all godliness and holiness” (1 Tim. 2:1-2). It should be noted that the governing authorities were probably pagans when these passages of the Bible were written.

Here are three examples from Scripture of those who respected authorities in difficult circumstances.

Here are two examples from Scripture of those who disobeyed authorities instead of disowning God.

Scripture shows us that we should obey all authority, unless that authority requires us to disobey God, who is the highest authority.