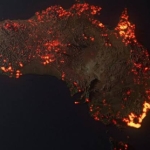 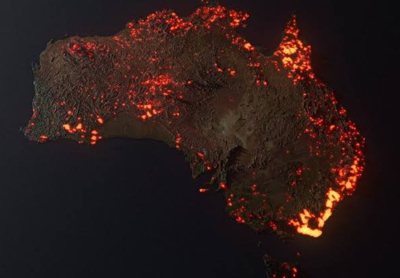 Australia’s bushfire (wildfire) emergency has been shared worldwide with images of devastation, injured koalas and confronting fires going viral. Some of these appear to show blazes all over the country. But these images are not realistic and have been flagged by Facebook and Instagram as “false information”.

For example, this image is not a photograph, but a graphic visualization of thermal satellite data. When a particular pixel is very hot, it is classified as a hotspot. But the area shown in the graphic may be significantly larger than the area of the hotspot. And the hotspot can be caused by other things besides fires. This image compiles one month of hotspot data (from December 5 until January 5) and the orange glow is exaggerated which makes the fires seem much larger than they actually are. In this case an artist’s visualization has been misinterpreted. END_OF_DOCUMENT_TOKEN_TO_BE_REPLACED