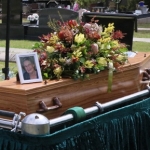 Grannie was brought up on farms where they grew their own food and prepared their own meals. It was hard work. There were no takeaway meals or supermarkets in those days! Then she married and spent 31 years in country towns bringing up her five children. After this she used her cooking and hospitality skills and experience to cater at Winmalee Christian Conference Center for 11 years before she retired. END_OF_DOCUMENT_TOKEN_TO_BE_REPLACED

Build your house on the rock

When Jesus wanted His listeners to understand how important it was to put His words into actions, He chose to tell a parable…

Not everyone ends up building an actual house. But we all have to build a life. Which means, in a world that gets harder and more complicated with each passing year, we need to make wise decisions. Decisions about where it’s safe to live, how to earn money, who we can trust to hang out with… and lots and lots of moral decisions. For example, every day there are temptations to lie, steal, slander, be cruel or at least indifferent to someone we can help. And sometimes a terrible test comes along when we least expect it. People have woken up and, without any planning, made split decisions that have landed them in jail… or worse. We can lose our temper in a parking lot or agree to cover up corruption at work.

So, if building a life is like building a house then how do we build wisely? How do we avoid the rain, winds and floods that tear lives apart? Jesus tells us to build our life foundation on His words. When He said this Jesus was concluding the most important and world changing speech of all time – His famous Sermon On The Mount. In it He asks people to be honest with themselves and God. And He challenges people to live their lives to God’s high standard. Deep down we know these things are right.

Are you ready to start a fresh building? Considering this magnificent fact may be a help… Jesus willingly went to the cross and sacrificed His life for the sake of the world. It shows us that His words aren’t empty. On the contrary – they’re solid as a rock.

Bible Verse: Matthew 7:24 “Anyone who listens to my teaching and follows it is wise, like a person who builds a house on solid rock”.

What happened to the temple? 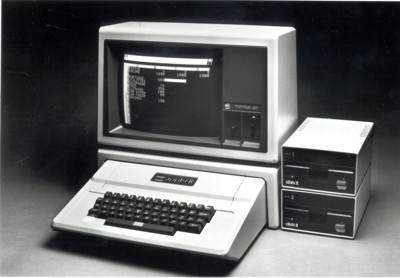 Today we will see that the Jewish temple is now obsolete. Because Christ’s sacrifice atoned for our sin, we no longer need a temple where priests offer animal sacrifices. Instead of living in a special building, God now lives in His people. This means that congregations of people are more important than the buildings they use.

The house of the Lord

The tabernacle/temple was where the Jews offered sacrifices to God (Lev. 1:1 – 7:27) and celebrated their festivals, particularly the Passover, Pentecost and the Tabernacles (Dt. 16:16). On such an occasion David said, “I rejoiced with those who said to me, ‘Let us go to the house of the Lord.’” (Ps. 122:1).

After Solomon finished the first temple, God said that if the Israelites turned away from obeying the Lord, then “this temple will become a heap of rubble” (1 Ki. 9:8; 2 Chron. 7:21). And the temple was destroyed for this reason in 586 BC. While Zerubbabel rebuilt the temple, Daniel predicted that it would be destroyed likewise after the Anointed One (Christ) was put to death (Dan. 9:26).

The fact that the curtain of Herod’s temple was torn in two when Christ died symbolized that His death opened new access to God (Mt. 27:51; Mk. 15:38; Lk. 23:45). Priests and animal sacrifices were no longer required. Although the temple was now obsolete, the Jews kept offering animal sacrifices. But God put an end to this when Herod’s temple was destroyed by the Romans in AD 70 (like he used the Babylonians to destroy Solomon’s temple in 586 BC) and it wasn’t rebuilt. These two destructions both occurred on the 9th day of Av (5th month in the Hebrew calendar; which is in July-August in the modern calendar)! As predicted by Jesus, Herod’s grand temple was completely dismantled (Mt. 23:38; 24:2; Mk. 13:2; Lk. 13:35; 19:44; 21:6, 20-24).

What is the “house of God today”? The Bible says that God doesn’t live in a building (Acts 7:48; 17:24). Instead the Christian congregation (church) is said to be “God’s temple”; “Don’t you realize that all of you together are the temple of God and that the Spirit of God lives in you?” (1 Cor. 3:16NLT). In this figure of speech, the collective body of believers is like the temple. In a similar metaphor, they are said to be a “spiritual house” (1 Pt. 2:5).

“But Christ is faithful as the Son over God’s house. And we are His house, if indeed we hold firmly to our confidence and the hope in which we glory” (Heb 3:6). Here the writer explains what God’s house is today. It is made up of all true believers in Christ. Their endurance in the faith (holding firmly to their “confidence” and “hope”) shows the reality of their faith. Those who don’t endure aren’t true believers (Heb. 3:7-19).

As Christ is the head of the church, He is the leader of the “house of God”. The book of Hebrews says He is metaphorically like a great high priest; “we have a great priest over the house of God” (Heb 10:21).

And each Christian’s body is a metaphorical temple of the Holy Spirit (1 Cor. 6:19). So Christians, individually and collectively, are the “house of God” today! What was a physical term in the Old Testament is now a metaphorical one.

We have seen that God tore the temple curtain when Christ died and He used the Romans to destroy the temple in AD 70. Because Christ’s sacrifice atoned for our sin, we no longer need a temple where priests offer animal sacrifices. So the Jewish temple is now obsolete. Instead of living in a special building, God now lives in His people. This means that congregations of people are more important than the buildings they use. So let’s keep the right balance between people and buildings.