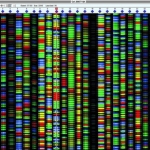 We have seen that biology and paleoanthropology don’t support the idea of biological evolution – that single cells changed into humans by mutations and natural selection. But what about genetics?

This post is based on the documentary movie “Dismantled” by Back2Genesis.

It’s hard to find anyone who has not heard the often repeated claim that humans and chimpanzees are genetically 98-99% identical. This has been promoted to the world as proof that humans share a common evolutionary ancestor with chimps. However, recent studies now challenge this claim.

Evolutionary geneticists have acknowledged that the actual genetic differences are far greater than we’ve been told. For example, primate evolutionist Todd Preuss states “it is now clear that the genetic difference between humans and chimpanzees are far more extensive than previously thought; their genomes are not 98% or 99% identical” (1). Earlier studies published in the evolutionary scientific literature reported an overall DNA similarity of 98-99%. However, large portions of the chimp genome didn’t align with the human genome and so were excluded from the reported estimates! For instance, the algorithm parameters used in the major milestone publication in Nature reported by the chimpanzee sequencing and analysis consortium omitted over 100 million DNA letters (2)! When accounting for these large non-alignable regions and other omitted sequence data, the actual chimp-human DNA similarity is significantly lower than the 98-99% identity claims. END_OF_DOCUMENT_TOKEN_TO_BE_REPLACED 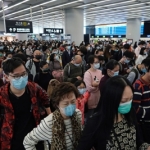 So far there have been more than 67,000 cases and over 1,530 deaths from the new coronavirus disease 2019 (COVID-19), which is a 2% fatality rate. The World Health Organization (WHO) has declared the outbreak of the new coronavirus a global emergency that threatened to be potentially worse than terrorism. Previously swine flu and Ebola were declared public heath emergencies. Infection and immunity laboratories are in a worldwide race to develop a vaccine against the new coronavirus. But the first vaccine targeting the new coronavirus could be 18 months away. END_OF_DOCUMENT_TOKEN_TO_BE_REPLACED

Why is there cancer?

Cancer has touched most of our lives, taking down friends in their prime and plaguing the older years of loved ones. When did cancer begin and will we find a cure?

This post is based on a children’s book by Hughes and Cosner (2018).

In the beginning, was there cancer?

Evolutionists believe that for the first few billion years of life on our planet, single-celled organisms had the globe to themselves. But at some point in deep time, cells began to team up and multicellular life arose (Appendix A). Being multicellular has many benefits. Cells cooperate and work toward a common goal. This cooperation of trillions of cells allows us to have the incredibly complex structures we enjoy, like our brain. END_OF_DOCUMENT_TOKEN_TO_BE_REPLACED 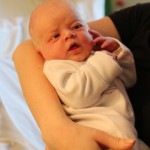 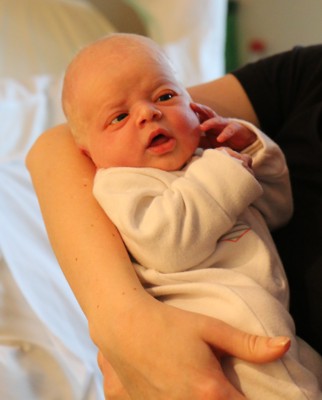 Andy, our new grandson, arrived recently. Here are a few things that I am reminded of at a time like this.

Just like you and I, Andy is unique. There is no one else on earth (past, present and future) who is exactly like him. He has a unique genome, which is comprised of about 3 billion DNA base pairs in each cell of his body. He grew from a single cell itself.

God designed and created our world so that, over a period of nine months, the genetic information in a single cell can develop into a child that is ready to be born. It takes a lot of design to build a genome; it’s amazingly complex.
The Bible says that the development of a baby in the womb is an example of God’s power (omnipotence) and skill. King David wrote, “You made all the delicate, inner parts of my body and knit me together in my mother’s womb. Thank you for making me so wonderfully complex! Your workmanship is marvelous—how well I know it. You watched me as I was being formed in utter seclusion, as I was woven together in the dark of the womb. You saw me before I was born” (Ps. 139:13-16NLT). And another psalm says of God the Creator, “You made me; you created me” (Ps. 119:73). Of course God knows all about a baby as it’s growing in the womb (Jer. 1:5; Gal. 1:15).

I think another example of God’s power and skill is life itself. Can anyone explain the origin of life, without referring to God? We see that life always comes from life. Andy’s family tree goes back to Adam and Eve. How did Adam and Eve become alive? The Bible says their life came from God (Gen. 2:7, 22). Only God can create life; scientists can’t manufacture it, they just use it.

Although Andy is perfect in the eyes of his parents, in two ways he isn’t perfect.

Firstly, just like you and I, Andy’s genome contains mutations inherited from his parents. When parents reproduce, they make a copy of their genome and pass this to their child. From time to time, mistakes occur (called “mutations”), and the next generation does not have a perfect copy of the original genome. Each new generation carries all the mutations of previous generations plus their own. So the mutations accumulate from generation to generation. This means that the human genome is degenerating genetically with time due to the accumulation of mutations. In order to minimize the risk of deformed offspring that can result from shared mutations between genetically close parents, marriage is usually prohibited between close relatives. In fact, such limitations needed to be imposed after about 26 copies of the human genome, which was in the times of Moses’ children  (Lev. 18:6-16; 20:11, 17, Dt. 27:22).

Secondly, just like you and I, Andy has a sinful nature. This means that he will have a natural tendency to misbehave. The Bible says that we are all sinners by nature (Rom. 3:23; Eph. 2:1-3). Even when Andy tries to do the right thing, it will be elusive (Rom. 7:14-20). This attitude affects our mind, will and emotions in particular (Jer. 17:9). But according to Andy’s “Beginner’s Bible”, “Jesus knew that he had to die for the sins of all people. It was part of God’s plan. When it was time, Jesus died on the cross for our sins.”

Now we can look forward to seeing Andy grow and develop from a baby to a child, to an adolescent, and then to a man, the way God has planned.