The book that reads you

In the months leading up to my decision to become a Christian I read the Bible intensely. I remember being impressed that an ancient book could be so relevant in a modern world. Yet, two things stood out most of all for me.

Firstly, the sense I had that God was present as I read. I had never felt this before with any other book. It seemed as though how I responded mattered to God. And the Bible exposed me. It read me accurately. It knew the wrong things I had done – the selfish thinking and pretending to be somebody that I wasn’t. As I read I struggled with the knowledge that experiences can be manufactured by the mind. Did I want there to be a God? Or was God revealing Himself to me? Over time, my struggle with skepticism decreased.

The second thing that stood out was how impressive Jesus was in the four gospel accounts of His life. At the end of Jesus’s famous, Sermon On The Mount, Matthew, the author of the gospel reports that, ‘crowds were amazed at His teaching, because He taught as one who had authority’ (Mark 1:22). I can appreciate this sentiment. Jesus really does teach with wisdom and authority. Elsewhere in the gospels people are in awe at His power over the physical world – demonstrated repeatedly with various, extraordinary miracles. Given the integrity of Jesus’s words, it didn’t seem reasonable that those events were clever deceptions.

So, despite the age of the Bible, it read my need and provided a solution – Jesus. It was Jesus who spoke of the possibility of knowing God and it was Jesus who died on the cross to make the hope of a fresh start with God possible.

In the Bible, the book of Hebrews describes what I, and many others have experienced. It says:

For the word of God is alive and powerful. It is sharper than the sharpest two-edged sword, cutting between soul and spirit, between joint and marrow. It exposes our innermost thoughts and desires. Everything is naked and exposed before His eyes, and He is the one to whom we are accountable.

So, if you’ve never read the Bible, then my encouragement to you is … find a copy and begin by reading the shortest biography of Jesus – Mark’s gospel.

Bible verse: Hebrews 4:12, “For the word of God is alive and powerful. It is sharper than the sharpest two-edged sword, cutting between soul and spirit, between joint and marrow. It exposes our innermost thoughts and desires”.

Prayer: Dear God, thank you for speaking to us through the Bible in ways that soften our hearts and move us to you.

How many witnesses does it take to bust a myth? 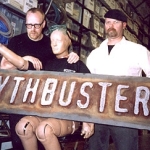 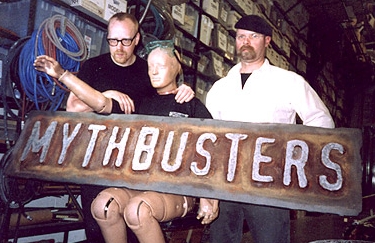 The Bible is Not a Myth

MythBusters is a TV show on the Discovery Channel that sorts out myths and facts in an entertaining way. Did you know that the Bible is written in a way to show that it is not a myth?

Paul emphasised that the resurrection was a proven fact and not a myth because afterwards Christ “appeared to more than five hundred of the brothers and sisters at the same time, most of whom are still living, though some have fallen asleep (died). Then He appeared to James, then to all the apostles, and last of all He appeared to me also” (1 Cor. 15:6-8NIV). There were many more than two or three eye-witnesses! As most of these were still alive, they could be questioned by anyone who doubted Paul’s account.

The life of Christ

The most comprehensive record of the life of Christ is given in the books of the Bible written by Matthew, Mark, Luke and John. These are obviously four accounts of the same events, which satisfy the requirement of at least two or three witnesses. Who were these authors?

As a tax collector, Mathew was skilled in writing and keeping records. John’s testimony is reliable: “This is the disciple who testifies to these things and who wrote them down. We know that his testimony is true” (Jn. 21:24). John was one of the three apostles that were closest to Jesus, the others were Peter and James (Mt. 17:1; Mk. 14:33). Also, he may have been a cousin of Jesus (Mt. 27:56; Mk. 15:40).

Mark lived in Jerusalem during Christ’s public ministry and was a cousin of Barnabas (Col. 4:10). Mark may have been at the garden of Gethsemane when Jesus was arrested as he wrote; “A young man, wearing nothing but a linen garment, was following Jesus. When they seized him, he fled naked, leaving his garment behind” (Mk. 14:51-52).

Tradition says that Mark was Peter’s interpreter and wrote down Peter’s account of the life of Jesus. This is supported by the fact that he was with Peter when 1 Peter was written (1 Pt. 5:13). Also, when Peter escaped from prison, he went to Mark’s mother’s house (Acts 12:12-17).

Luke was a historian. His record begins: “Many have undertaken to draw up an account of the things that have been fulfilled among us, just as they were handed down to us by those who from the first were eyewitnesses and servants of the word. With this in mind, since I myself have carefully investigated everything from the beginning, I too decided to write an orderly account for you, most excellent Theophilus, so that you may know the certainty of the things you have been taught” (Lk. 1:1-5). He interviewed eye-witnesses of the life of Christ, including Mary as he gives the best account of Christ’s early years.

Luke was a Gentile medical doctor who travelled with Paul and was one of his fellow workers (Col. 4:14; Phile. 24). He was well educated and had an outstanding command of the Greek language. He also wrote the book of Acts and witnessed many of the events recorded in Acts.

As documented history always trumps science with regard to past events, we don’t need the MythBusters to test the truth of the Bible. Instead, because of multiple eye-witnesses the resurrection of Christ and the Biblical account of the life of Christ are confirmed to be proven facts and not myths. So the viewpoint that the Bible is myth is busted!

Postscript – The rest of the New Testament

The other New Testament writers were also eye-witnesses of the events they documented.

Peter was a disciple and apostle like Matthew and John. He was present during the public ministry of Christ and the life of the early church. He witnessed everything that Jesus did, including His death and resurrection (Acts 10:39-41; 1 Pt. 5:1). Silas may have helped Peter write his first letter (1 Pt. 5:12).

James and Jude were half-brothers of Jesus: they had the same mother, but different fathers (Mt. 13:55; Mk. 6:3). Although they didn’t follow Jesus at the time, they grew up with Him and were aware of His public ministry. The Lord appeared to James after the resurrection (1 Cor. 15:7). James and Jude became believers after the resurrection and were part of the life of the early church (Jn. 7:5; Acts 1:14; Gal. 1:19).

Paul was different to the other apostles as he became an apostle by special revelation. Instead of living with Christ during His three years of public ministry, Paul saw the Lord in a vision (1 Cor. 9:1; Gal. 1:16). He wrote that in this sense he was inferior to the others, like a premature birth compared to a normal one (1 Cor. 15:8). Nevertheless, he was to be a witness who told others about what he had seen (Acts 22:15; 26:16).

Paul was a Pharisee and the son of a Pharisee (Acts 23:6; 26:4-5). As he studied under Gamaliel at Jerusalem, he was well educated (Acts 22:3; Gal. 1:14). Paul established churches in Asia Minor and Europe and was part of the life of the early church.