When God has plans “to prosper you” & “to give you a hope and a future” in Jeremiah 29:11, what does He mean? Does this promise apply to us today? 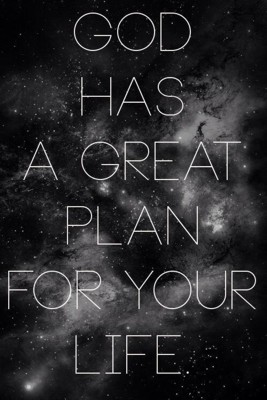 “For I know the plans I have for you,” declares the Lord, “plans to prosper you and not to harm you, plans to give you hope and a future” (Jer. 29:11NIV).

This verse is part of Jeremiah’s letter to the Jewish exiles in Babylon. They were prisoners of war (POWs) following a Babylonian siege of Jerusalem. The death and deportment of the Jews and the eventual devastation of Jerusalem was God’s judgement of the sins of Judah. The letter was probably written about 597BC.

The exiles were in a hopeless situation. But God had plans for them. What were these plans? They are described in the adjacent verses (v. 10, 14).
This is what the Lord says: “When seventy years are completed for Babylon, I will come to you and fulfill my good promise to bring you back to this place” (Jer. 29:10).
“I will be found by you,” declares the Lord, “and will bring you back from captivity. I will gather you from all the nations and places where I have banished you,” declares the Lord, “and will bring you back to the place from which I carried you into exile” (Jer. 29:14).

God’s plan is that they spend 70 years as POWs in Babylon. After this they will be released and able to return to Jerusalem and their homeland. God gave them hope for their nation after all. But the benefits wouldn’t come for 70 years! In the meantime they were POWs.

This promise gave the POWs something to look forward to during their long exile. It also taught them that their situation wasn’t helpless or hopeless because God promised ultimate deliverance and restoration from their exile. Their way to optimism was to remember this plan for their future. But there was no shortcut; they had to go through suffering along the way.

What about us today as Christians? As the promise given to the Jewish exiles in Jeremiah 29:11 has already been fulfilled, it doesn’t apply to us today. But the principle behind the promise can apply to us today. The lesson that our situation is never helpless or hopeless applies to us as well. However, our ultimate deliverance and restoration is spiritual, not physical. When there’s despair, discouragement or bad news our hope is the good news of Jesus. Heaven is the ultimate hope for Christians, though we expect to go through suffering along the way.

God’s plan for believers is for them to be ambassadors for Christ (2 Cor. 5:20). But does He have individual plans for us today? Paul says that Christians “are God’s handiwork, created in Christ Jesus to do good works, which God prepared in advance for us to do” (Eph. 2:10). Good works should be the fruit of our salvation. They are the evidence of our new life (Jas. 2:14-26). What kind of good works should we do? Those which God has “prepared in advance for us to do”. That sounds like an individual plan to me. So God does have a plan of good works for each of our lives.

Finding God’s plan for us

To find out the good works God has planned for us to do individually, we should:
– confess and repent of sin in our lives (1 Jn. 1:9);
– put God first in our life;
– study the Bible and obey it;
– ask God in prayer (Jas. 1:5);
– seize opportunities of service as they arise; and
– listen to the advice of godly Christians.

We can begin by being faithful where we are (Mt. 25:21). As we do this, God usually reveals the next step. It’s one step at a time, not a jump to our final destiny.