What Happens If We Reject The Creator? Part 1 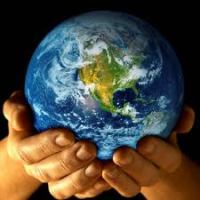 Did you know that our view of the physical world can strongly influence our thoughts, our behavior and our future?

The Bible tells us how God communicated to mankind and how people have responded since the beginning of recorded history. Our key reference for this article is Romans 1:18-32. Read it now.

The Universe: A Revelation Of God
Paul summarized how God has revealed Himself to humanity through the physical world. Regarding wicked people, he wrote: “What may be known about God is plain to them, because God has made it plain to them. For since the creation of the world God’s invisible qualities – His eternal power and divine nature – have been clearly seen, being understood from what has been made, so that people are without excuse” (Rom. 1:19-20).

People have no excuse for not knowing God; it should be instinctive. They have no excuse for rejecting the Creator. Instinct is a programmed response that is essential for life. Our two pet rabbits have dug a burrow in the ground without ever being taught to do so by another rabbit. Some of our body functions that are instinctive are: our heart beat, blood circulation, digestion and breathing. A breakdown of any of these systems is life threatening. The same applies to our knowledge of the Creator.

God reveals Himself to us through His creation. We all see this every day – in people, plants, animals, earth, sun, moon and stars. They are evidence of a great Creator. God is the only Creator of energy, matter and life; He is the ruler of the universe. By looking at the beauty and complexity of creation – whether on the large scale of stars and galaxies, or the small scale of atoms and molecules – anyone can know there is a God.

King David expressed this well in a song of praise: “The heavens declare the glory of God. The skies display His marvelous craftsmanship. Day after day they continue to speak: night after night they make Him known. They speak without a sound or a word: their voice is silent in the skies; yet their message has gone out to all the earth, and their words to all the world” (Ps. 19:1-4 nlt).

The existence of the physical world is a message of God’s creatorial power. This is called God’s general revelation of Himself. It is available to everyone no matter where or when they lived and it doesn’t depend on knowing the Bible. People in ancient times would have also heard by word of mouth, as Adam and Eve would have passed on the account of God’s great creation to their descendants. So people originally knew God the Creator, but this knowledge was lost over time.

Moses compiled the record of the early history of our earth in the book of Genesis. He recorded man’s failures including: Adam and Eve’s disobedience, Cain’s murder of Abel, Lamech’s violence, the prevalence of evil before the great flood, the behavior that caused Canaan to be cursed, Nimrod building Babylon in rebellion against God, and building the tower of Babel as a monument to man’s greatness (Gen 3:6; 4:8,23; 6:5; 9:24; 10:8-12; 11:2-4). These were all symptoms of man forgetting the Creator.

The Canaanites
Then we read that Abraham travelled from Ur of the Chaldeans to Canaan. Clearly both these civilizations rejected all evidence of the Creator. Ur, the capital of the Second Sumerian State, was a center of pagan idolatry where people worshiped many gods (Gen. 11:31; Josh. 24:2). They also kept careful records of the movements of the planets and stars and had a form of astrology in which they associated the planets and stars with their gods and goddesses. After Ur was destroyed it was replaced by Babylon as the dominant city in the Middle East.

The Canaanites also worshiped idols. They explained nature by reference to their gods and goddesses – such as Baal, the god of the rain and storms, and Asherah, the goddess of the sea and fertility. They had a pantheon of gods under the control of El, the creator of created things, and his counterpart Asherah, the mother goddess. Kings were regarded as divine, and former kings were invoked as saviors.

Canaanite religion was the most sexually depraved of any in the ancient world; male and female prostitution and sexual fertility rites were common (Dt. 23:17,18). Drunkenness and immorality were prevalent during their religious celebrations. The Canaanites also mutilated their bodies (Dt. 14:1-2). Led by Joshua, the Hebrews came out of the desert to invade Canaan in 1440 bc. At this time many tribal groups lived in the area.

The Hebrews were forbidden to worship the Canaanite gods. Instead, they were to destroy their objects of worship, destroy the Canaanites, and not intermarry with them (Ex. 23:23-24; 34:11-16; Dt. 7:1-5; 20:17-18). However, we know they disobeyed God: Judah’s first mistake was in marrying a Canaanite woman (Gen. 38:2). This led to the idolatry and evil practices that were later removed by King Josiah (2 Ki. 23:4-25). These included: shrines and articles made for idols such as Baal, Asherah and all the starry hosts; pagan priests “who burnt incense to Baal, to the sun, and moon, to the constellations and to all the starry hosts”; male shrine-prostitutes; child sacrifices; horses and chariots dedicated to the sun; spirit mediums and seance leaders; and household gods.

Clearly the Canaanites rejected the Creator and turned to idolatry and wickedness. As a result they were judged by God when Josiah was king.

The Athenians
When Paul visited Athens, “he was greatly distressed to see that the city was full of idols” (Acts 17:16). Athens was a great cultural, educational and religious center – the most important university city in the ancient world. It contained several temples to honor the goddess Athena, and its citizens would have also worshiped their emperor.

The Acropolis in Athens was decorated with buildings and sculptures such as the Parthenon and the immense statue of Athena which was over 10 meters (33 ft.) high. The Athenians worshiped the great Greek gods and their Roman equivalents including Zeus (Jupiter), Hera (Juno), Poseidon (Neptune), Demeter (Ceres), Apollo (no Roman equivalent), Artemis (Diana), Ares (Mars), Aphrodite (Venus), Hermes (Mercury), Athena (Minerva), Hephaestos (Vulcan), Hestia (Vesta) and Dionysus (Bacchus) .

Paul spoke with Epicurean and Stoic philosophers. The Epicureans lived for pleasure, while the Stoics were pantheists who avoided expressing their emotions. The Greeks were well known for their philosophers – such as Socrates, Plato and Aristotle – so it’s not surprising that a favorite activity in Athens was to discuss “the latest ideas” (Acts 17:21).

When Paul preached in Athens his topic was “An Unknown God.” He knew the Athenians were “very religious,” so he introduced them to “The God who made the world and everything in it” – the very source of life (Acts 24-25). Like the ancient Canaanites, the Athenians had lost the knowledge of the Creator. They forgot that design demands a designer, and a complex world requires an intelligent Creator – nature didn’t create itself.

In Athens Paul declared that all nations who live on earth come from a common ancestor, Adam. Then he pointed out how the Greeks were worshiping something of their own creation – idols made of gold, silver and stone. What ignorance! God isn’t like anything that humans have thought up and made. The truth according to the Bible is that God made us; we don’t make Him with our hands or our minds.

Then Paul urged them to turn to the true Creator God in order to escape His coming judgment. He gives a clue on how this is possible by mentioning that Jesus Christ was raised from the dead.

See Part 2 of this article:
– What happens if we reject the Creator?: Part 2

This entry was posted on January 12, 2010 by George Hawke. It was filed under Christian, Creation, Spiritual and was tagged with Athenians, Canaanites, Creator, idolatry, philosophers, universe.