The best way to work 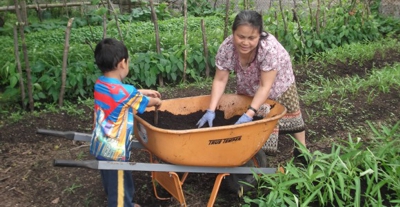 What’s one of your current projects? We all have things we need to do. They can be unique tasks or they can be repetitive ones. For example, I need to stop storm-water ingress at home when it rains. Psalm 127 gives us advice on how to do our daily work. The main point is that it’s better to commit our work to God rather than to do it all alone.

Psalm 127 has been categorized as a wisdom psalm. These psalms have similarities in literary features or content to the wisdom books of Proverbs, Ecclesiastes, and Job. They are written for the purposes of teaching and instruction rather than worship. Wisdom literature addresses important issues in life.

Psalm 127 is attributed to Solomon and its contents are consistent with other scriptures that are attributed to him. As Solomon reigned from 970BC to 930 BC, the psalm could be dated to about 950BC in the greatest building period of Solomon’s rule. It’s a proverb or didactic (teaching) saying. And biblical proverbs usually address generalizations, and not specific situations. The Bible says that Solomon wrote 1,005 songs and this is one of them (1 Ki. 4:32).

Psalm 127 is called “A song of ascents”. It’s part of a collection of 15 psalms (Ps. 120-134), which probably refer to the three annual Jewish religious pilgrimages to Jerusalem (Ex. 23:14-17; Dt. 16:16). They could be songs that pilgrims sang on their way up to Jerusalem for one of the major festivals. The songs focus on the destination of Jerusalem. Psalm 127 is the middle song in the song of ascents. It addresses the sovereign nature of God and the uselessness of all human effort which does not rely on the will, power, and goodness of the Lord. It says (NIV),

The key words are “the Lord” (4 times), and “in vain” (3 times). Divine and human activities are compared and contrasted. The divine activities are: building (1a), watching (2a), and giving sleep (4b). The human activities are: building (1b), guarding (2b), and working hard (3a-4a). In everything we do there should be a divine component and a human component. There is divine sovereignty and human responsibility. We need to acknowledge God’s sovereignty while carrying out our human responsibility.

Our shelter and security- v.1

A house was built to live in; it provided shelter. And houses in a city were secured behind a wall, with guards patrolling in towers and along the wall. People wanted to have a safe place to live and a city provided that security. So building a house and guarding a city were common activities in ancient times.

God is sovereign, and therefore we can have no degree of success or achievement unless God allows it in the first place (Jas. 4:13-16). But God accomplishes His sovereign will through our work.

And the Bible teaches that God is the One who ultimately keeps us safe and secure. The Lord guards us like a shepherd (Jn. 10:7-14).

We all require safety and security. Do we seek God’s will when deciding how to keep safe? Or do we worry unnecessarily about the dangers of life?

Verse two describes two kinds of people. The first is the workaholic who works long hours in order to put food on the table. The implication is that because they are anxious, they can’t sleep at night. The second is one who trusts in God and can sleep at night. Via the figure of speech of metonymy (where the name of a thing is replaced with the name of something else with which it is closely associated), sleep may also refer to having one’s needs met. They can sleep because they realize that God provides their needs. Their sustenance.

God’s sovereignty doesn’t release us from our responsibility, but it does free us from worry.

We all require to be sustained physically, emotionally and spiritually. If we are able, we work to provide for our physical needs. But are you a workaholic? What about your spiritual needs? Do you read the Bible and pray regularly? Are you part of a church?

In Psalm 127, God told the Israelites to involve Him in meeting their basic needs of shelter, security and sustenance. If they did this and lived in submission to God, depending on His guidance and protection, they could rest assured at night that all would be well. Otherwise, their efforts to meet their basic needs would be useless. And they would become workaholics who couldn’t sleep at night because of their anxiety. Let’s commit all our work (activities, projects and tasks) to the Lord in prayer.

And Jesus taught His disciples, “I am the vine; you are the branches. If you remain in me and I in you, you will bear much fruit [be fruitful]; apart from me you can do nothing [your work is in vain; useless]” (Jn. 15:5). Let’s keep in touch with God and His people, so we can continue to be fruitful.

So the best way to work is to commit all our work to the Lord so we can work in the power of the Holy Spirit.

This entry was posted on April 7, 2019 by George Hawke. It was filed under Christian, Old Testament, Spiritual and was tagged with build, David, God, guard, Psalm 127, Solomon, the Lord, work.