The best way to work

What’s one of your current projects? We all have things we need to do. They can be unique tasks or they can be repetitive ones. For example, I need to stop storm-water ingress at home when it rains. Psalm 127 gives us advice on how to do our daily work. The main point is that it’s better to commit our work to God rather than to do it all alone.

Psalm 127 has been categorized as a wisdom psalm. These psalms have similarities in literary features or content to the wisdom books of Proverbs, Ecclesiastes, and Job. They are written for the purposes of teaching and instruction rather than worship. Wisdom literature addresses important issues in life. END_OF_DOCUMENT_TOKEN_TO_BE_REPLACED 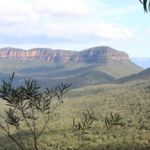 As we’ve become more connected with internet and wireless devices, the dangers we face online have grown. The threats include malware, malicious web sites, identity theft, ransomeware, pornography, scams and hacking. In order to be safe, we need to defend ourselves against them. An ancient Hebrew song reminds us how we can be safe and secure against the dangers we face in the journey of life.

1I lift up my eyes to the mountains—
where does my help come from?
2 My help comes from the Lord,
the Maker of heaven and earth.

5 The Lord watches over you—
the Lord is your shade at your right hand;
6 the sun will not harm you by day,
nor the moon by night.

This is the second in a series of 15 songs that are titled, “A song of ascent”. Three times a year the Israelites travelled to Jerusalem for a religious festival (Ex. 23:14-17; Dt. 16:16; Ps. 122:3-4). Jerusalem is in the mountains and they probably sang these songs during their pilgrimage. The roads went upwards towards Jerusalem, which is at an elevation of 770 metres above sea level. These songs reflect events on the journey to Jerusalem, and metaphorically of events in the journey through human life.

Some think that “the mountains” in this song were the places where the pagans worshipped their gods (Dt. 12:2; 1 Ki. 11:7). Sometimes the Israelites worshipped idols in these high places. And Judah’s kings were judged according to whether they destroyed them or not. For example, king Josiah removed all the idolatrous shrines at the high places (2 Ki. 23:19). If this is the singer’s meaning, then he is saying that he is helped by the God who made the mountains, and not by the idols.

Another interpretation is that “the mountains” is a metaphor for the dangers faced in life. However, as the other instances of this word in the songs of ascents refer to Mount Zion and to the mountains that surround Jerusalem, I think “the mountains” in verse 1 are physical and not figurative (Ps. 125:1-2).

The key word in this song is “protect” (or keep, watch over, guard, shield, preserve). In the Hebrew language it’s shamar (Strongs 8104). It occurs six times to emphasise that God protects His people. He is like a watchman guarding a city or a bird shielding its young (Ps. 91:4; 127:1).

1I lift up my eyes to the mountains—
where does my help come from?
2 My help comes from the Lord,
the Maker of heaven and earth.

Like Daniel prayed toward Jerusalem (Dan. 6:10-11), the singer is looking towards the mountains where God dwelt in the temple on Mount Zion in Jerusalem (Ps. 48:2; Isa. 8:18). They trust in the God of creation to protect them on the journey to Jerusalem. After all, He’s the one who made the mountains and the universe. He who also made the Israelite nation, helps them individually. God knows every detail of their situation.

There was a risk of slipping and falling down a steep slope on the roads towards Jerusalem. And we can face all sorts of danger every day of our lives. But God knows about it 24/7. He doesn’t need to sleep like us. He can help us keep standing and keep going on our journey of life. In Psalms, slipping is a metaphor for doubting one’s faith in God (Ps. 73:2; 94:18) and ceasing to value Scripture (Ps. 17:7; 37:31). So, it probably refers to their spiritual life more than their physical life. This promise was given to Israel who were God’s people in the Old Testament. There are similar promises in the New Testament that God protects the spiritual lives of Christians.
“the Lord is faithful, and He will strengthen you and protect you from the evil one” (2 Th. 3:3).
“The Lord will rescue me from every evil attack and will bring me safely to His heavenly kingdom” (2 Tim. 4:18).

5 The Lord watches over you—
the Lord is your shade at your right hand;
6 the sun will not harm you by day,
nor the moon by night.

While travelling towards Jerusalem, there was a risk of facing heat, cold, rain, snow, lightning and wind. As they didn’t have motor vehicles like us, they were exposed to the weather when they travelled. Like a hat protects us from sunburn and a bodyguard protects us from danger, God protects us from every evil influence during the day and the night. Mentioning the sun by day and the moon by night is a poetic figure of speech to indicate all day-time and night-time dangers. This is an example of merism (where opposites incorporate all between them): heaven/earth, sun/moon, day/night, going/coming, now/forevermore.

There was a risk of robbery on the roads towards Jerusalem. Your life could be threatened. And in early Australia, travellers could be robbed by outlaw bushrangers. But God protects us in all we do. Our spiritual lives are secure.
“And we know that in all things God works for the good of those who love Him, who have been called according to His purpose” (Rom. 8:28).

Like a Jew travelling to Jerusalem we’re on the journey of life. I hope we’re all prepared, by being part of God’s people today.

The Jewish pilgrims were assured of safety through God’s protection. They could trust God to help them. Let’s remember that God still protects those who trust in Him. We’re eternally secure. He’s mainly interested in our spiritual welfare. That’s why we should look up to Him in prayer for help in our daily lives. It’s good to have a source of outside help.