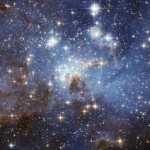 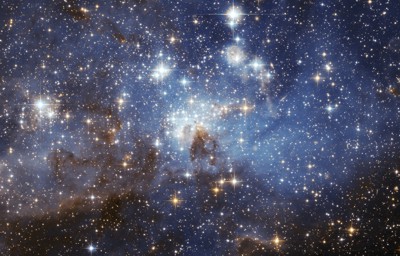 The statement, “as numerous as the stars in the sky and as the sand on the seashore” was probably a metaphor or simile for a very large number. Apparently about 1,000 stars could be seen in the night sky in ancient times. But from the light in the night sky it is clear that there were more stars than this. The Bible says that although we can’t count all the stars, God can (Gen. 15:5; Ps. 147:4). Likewise for the grains of sand on the sea shore and the dust of the earth. In the ancient world these were symbols and illustrations of very big numbers. And modern science has verified that these are indeed very big numbers. In Abraham’s case they were symbols and illustrations of a large number of descendants.

We have seen that although the promise wasn’t fulfilled in Abraham’s lifetime, it was fulfilled at a later date. Likewise God has given Christians promises that He will fulfill after our lifetime. For example, “Now if we are children, then we are heirs—heirs of God and co-heirs with Christ, if indeed we share in His sufferings in order that we may also share in His glory. I consider that our present sufferings are not worth comparing with the glory that will be revealed in us” (Rom. 8:17-18). Also, “For our light and momentary troubles are achieving for us an eternal glory that far outweighs them all” (2 Cor. 4:17). This means that although we suffer in life, we are promised a glorious inheritance. Something fantastic is coming. There is a contrast between present suffering and future glory. The glory outweighs the suffering and it’s eternal instead of temporary. Like Abraham, we don’t see any evidence of this future glory now, but it’s assured.

Focusing on this promise helps us get through suffering and difficult times without giving up in despair. Then we can live in a way that glorifies God.