Is the Bible “hate speech” because it’s not inclusive? 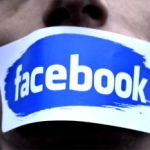 Rugby Australia have sacked their best player because of the religious views he expressed on Instagram. Since then Israel Folau has begun legal proceedings for unlawful dismissal. As his views were based on the Bible, the Court case could involve an assessment of Christianity and the Bible. It’s possible that parts of the Bible could be deemed to be “hate speech” or homophobic because they aren’t “inclusive”.

Hate speech is language that expresses prejudice against a particular group, especially on the basis of race, religion, gender, sexual orientation, age, or physical or mental disability.

But who decides what is “hate speech” and what is not? This is a very subjective topic as the answer could depend on the worldview of the person making the decision. For example, my views which are influenced by what the Bible says, will be different from those of an LGBT advocate. END_OF_DOCUMENT_TOKEN_TO_BE_REPLACED

Nashville statement on marriage and sexuality 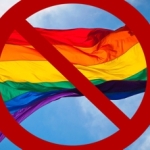 Narrow-minded, hateful, divisive, intolerant, bigotry, homophobia, backward theology that’s not in the spirit of Jesus; and sinful practices of exclusion, abuse and condemnation of the LGBTQ community. That’s how the statement has been attacked. And it’s been accused of causing LGBT people harm and rejecting the diversity seen in the broad spectrum of sexualities that reflects a diversity inherent in God’s creation.

The statement was drafted recently by some US evangelical theologians and pastors. The aim of the Statement is to declare the goodness of God’s design in our sexuality and in creating us as male and female. It’s a summary of what the Bible says about gender, homosexuality and marriage. It was written in response to a growing acceptance of same-sex marriage and transgender rights and to address the destructive consequences of modern inclusive culture. It presents the biblical approach to sexual ethics in a world being swayed by secular culture.

Evangelical Christians at the dawn of the twenty-first century find themselves living in a period of historic transition. As Western culture has become increasingly post-Christian, it has embarked upon a massive revision of what it means to be a human being. By and large the spirit of our age no longer discerns or delights in the beauty of God’s design for human life. Many deny that God created human beings for His glory, and that His good purposes for us include our personal and physical design as male and female. It is common to think that human identity as male and female is not part of God’s beautiful plan, but is, rather, an expression of an individual’s autonomous preferences. The pathway to full and lasting joy through God’s good design for His creatures is thus replaced by the path of shortsighted alternatives that, sooner or later, ruin human life and dishonor God.

This secular spirit of our age presents a great challenge to the Christian church. Will the church of the Lord Jesus Christ lose her biblical conviction, clarity, and courage, and blend into the spirit of the age? Or will she hold fast to the word of life, draw courage from Jesus, and unashamedly proclaim His way as the way of life? Will she maintain her clear, counter-cultural witness to a world that seems bent on ruin?

We are persuaded that faithfulness in our generation means declaring once again the true story of the world and of our place in it—particularly as male and female. Christian Scripture teaches that there is but one God who alone is Creator and Lord of all. To him alone, every person owes glad-hearted thanksgiving, heart-felt praise, and total allegiance. This is the path not only of glorifying God, but of knowing ourselves. To forget our Creator is to forget who we are, for He made us for Himself. And we cannot know ourselves truly without truly knowing Him who made us. We did not make ourselves. We are not our own. Our true identity, as male and female persons, is given by God. It is not only foolish, but hopeless, to try to make ourselves what God did not create us to be.

We believe that God’s design for His creation and His way of salvation serve to bring Him the greatest glory and bring us the greatest good. God’s good plan provides us with the greatest freedom. Jesus said He came that we might have life and have it in overflowing measure. He is for us and not against us. Therefore, in the hope of serving Christ’s church and witnessing publicly to the good purposes of God for human sexuality revealed in Christian Scripture, we offer the following affirmations and denials.

WE AFFIRM that God has designed marriage to be a covenantal, sexual, procreative, lifelong union of one man and one woman, as husband and wife, and is meant to signify the covenant love between Christ and His bride the church.

WE DENY that God has designed marriage to be a homosexual, polygamous, or polyamorous relationship. We also deny that marriage is a mere human contract rather than a covenant made before God.

WE AFFIRM that God’s revealed will for all people is chastity outside of marriage and fidelity within marriage.

WE DENY that any affections, desires, or commitments ever justify sexual intercourse before or outside marriage; nor do they justify any form of sexual immorality.

WE AFFIRM that God created Adam and Eve, the first human beings, in His own image, equal before God as persons, and distinct as male and female.

WE DENY that the divinely ordained differences between male and female render them unequal in dignity or worth.

WE AFFIRM that divinely ordained differences between male and female reflect God’s original creation design and are meant for human good and human flourishing.

WE DENY that such differences are a result of the Fall or are a tragedy to be overcome.

WE AFFIRM that the differences between male and female reproductive structures are integral to God’s design for self-conception as male or female.

WE DENY that physical anomalies or psychological conditions nullify the God-appointed link between biological sex and self-conception as male or female.

WE AFFIRM that those born with a physical disorder of sex development are created in the image of God and have dignity and worth equal to all other image-bearers. They are acknowledged by our Lord Jesus in His words about “eunuchs who were born that way from their mother’s womb” (Mt. 19:12). With all others they are welcome as faithful followers of Jesus Christ and should embrace their biological sex insofar as it may be known.

WE DENY that ambiguities related to a person’s biological sex render one incapable of living a fruitful life in joyful obedience to Christ.

WE AFFIRM that self-conception as male or female should be defined by God’s holy purposes in creation and redemption as revealed in Scripture.

WE DENY that adopting a homosexual or transgender self-conception is consistent with God’s holy purposes in creation and redemption.

WE AFFIRM that people who experience sexual attraction for the same sex may live a rich and fruitful life pleasing to God through faith in Jesus Christ, as they, like all Christians, walk in purity of life.

WE DENY that sexual attraction for the same sex is part of the natural goodness of God’s original creation, or that it puts a person outside the hope of the gospel.

WE AFFIRM that sin distorts sexual desires by directing them away from the marriage covenant and toward sexual immorality— a distortion that includes both heterosexual and homosexual immorality.

WE DENY that an enduring pattern of desire for sexual immorality justifies sexually immoral behavior.

WE AFFIRM that it is sinful to approve of homosexual immorality or transgenderism and that such approval constitutes an essential departure from Christian faithfulness and witness.

WE DENY that the approval of homosexual immorality or transgenderism is a matter of moral indifference about which otherwise faithful Christians should agree to disagree.

WE AFFIRM our duty to speak the truth in love at all times, including when we speak to or about one another as male or female.

WE DENY any obligation to speak in such ways that dishonor God’s design of His image-bearers as male and female.

WE AFFIRM that the grace of God in Christ gives both merciful pardon and transforming power, and that this pardon and power enable a follower of Jesus to put to death sinful desires and to walk in a manner worthy of the Lord.

WE DENY that the grace of God in Christ is insufficient to forgive all sexual sins and to give power for holiness to every believer who feels drawn into sexual sin.

WE AFFIRM that the grace of God in Christ enables sinners to forsake transgender self-conceptions and by divine forbearance to accept the God-ordained link between one’s biological sex and one’s self-conception as male or female.

WE DENY that the grace of God in Christ sanctions self-conceptions that are at odds with God’s revealed will.

WE AFFIRM that Christ Jesus has come into the world to save sinners and that through Christ’s death and resurrection forgiveness of sins and eternal life are available to every person who repents of sin and trusts in Christ alone as Savior, Lord, and supreme treasure.

WE DENY that the Lord’s arm is too short to save or that any sinner is beyond His reach.