Rebellion and deception at Samaria 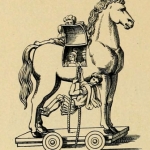 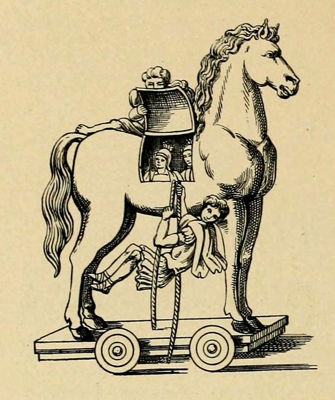 The Trojan Horse is a story by Homer about the deception that the Greeks used to enter the city of Troy and win the Trojan War. After a 10-year siege, the Greeks constructed a huge wooden horse, and hid a select force of men inside. The Greeks pretended to sail away, and the Trojans pulled the horse into their city as a victory trophy. That night the Greek force crept out of the horse and opened the gates for the rest of the Greek army, which had sailed back under cover of night. The Greeks entered and destroyed the city of Troy, ending the war.

In this post we look at an older example of deception.

A promise and warning

After king Solomon had finished building the temple, God promised that if he was obedient his dynasty would always rule over Israel (1 Ki. 9:1-9; 2 Chron. 7:17-22). But if his descendants turned to follow other gods there would be disaster and they would be cut off from their land and the temple would be destroyed. END_OF_DOCUMENT_TOKEN_TO_BE_REPLACED