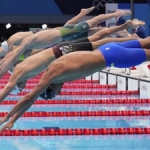 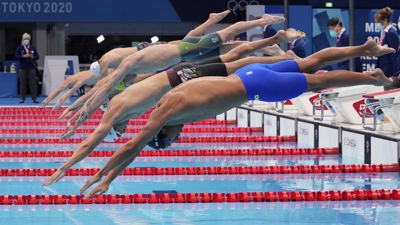 Who’s been watching the Olympic games in Tokyo where athletes are striving to win a gold medal? In the ancient games the winner received a laurel wreath to place on their head. The wreath was a symbol of victory. The Greek god Apollo wore such a wreath. And Julius Caesar wore a wreath to show his power. So, the laurel wreath was an ancient symbol of victory and success. END_OF_DOCUMENT_TOKEN_TO_BE_REPLACED 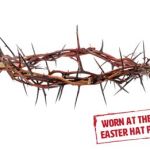 Kids both love and hate the annual Easter Hat parade. Parents likewise. It’s so much fun to wear a funny, self-made hat at Easter – to walk around and laugh at each other’s designs, impressed by the cleverness and humor. But it’s scary wondering if people think your hat is weird or daggy! And the stress zone the night before is really something. Parents with ten thumbs pull gluey fingers apart, trying desperately to make cardboard behave as they hit the craft wall at 1am. But the organized and ambitious parents are serene and un-fussed. For weeks they’ve been sourcing fairy dust and felt. And their finished creations sparkle and dazzle.

Our Father in Heaven really is the most concerned parent of all. He certainly didn’t leave the rescue of humanity till the last minute. The Bible says that, “at just the right time, when we were still powerless, Christ died for the ungodly” (Rom. 5:6). Which means the arrival of Jesus was a rescue mission to deal with our rotten, rebellious, bad behavior.

But the mission was a mixture of love and hate. The Bible clearly says that, “God so loved the world, that He sent His one and only Son” (Jn. 3:16). And Jesus agreed with the mission. He delighted in doing the will of His heavenly Father. But He hated the prospect of the cross. He knew His death would be terrible. He said in prayer to His Father in heaven the night before, ‘Father, if you are willing, please take this cup of suffering away from me. Yet I want your will to be done, not mine’.

As Jesus was led to the cross “soldiers twisted together a crown of thorns and put it on His head and arrayed Him in a purple robe” (Jn. 19:1-2). They were mocking His claim to be a King. The crown was really the first Easter hat – intended to humiliate Jesus as He was paraded to His place of execution. At the cross Jesus offered His perfect, sinless life to be punished by God so that we might avoid the anger of God that we rightly deserve.

When a person follows Christ as their King they’re no longer dirty and unwashed before God. In fact, they sparkle and dazzle with freshness and new life and hope for the future. And embarrassment about former behavior is a thing of the past. If this is something you want then it’s not too late to ask God. You can pray to Him now if you’d like to make a fresh start.

Bible Verse: John 19:1-2 “Then Pilate took Jesus and flogged Him. And the soldiers twisted together a crown of thorns and put it on His head and arrayed Him in a purple robe”.

Prayer: Dear God. I’m ashamed of many things in my life. Please forgive my sins. Help to me to start life again with you.