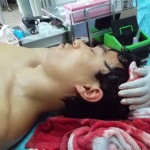 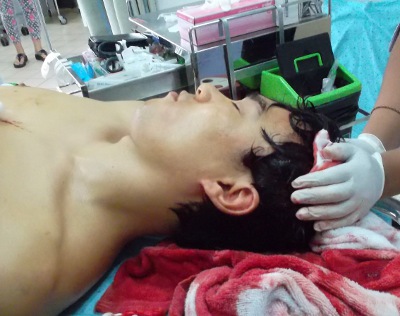 Dealing with the difficulties in life

A month ago my nephew was rushed to hospital by helicopter with serious brain injuries after a motor cycle accident. Since this time he has been unconscious. There were anxious moments when the doctors operated to alleviate the swelling of the brain. The Christian faith of his family is being tested at this difficult time. Many questions come to mind during such trials, hardships and tragedies.

The Bible says that problems, trials and troubles are inevitable in our lives. Jesus said “In this world you will have trouble” (Jn. 16:33NIV). James wrote about “whenever you face trials of many kinds” (Jas. 1:2). We can’t stop them happening. We can’t control them. They are unforeseen and uncontrollable. Our only choice is how to respond to them.

So how does the Bible say that a Christian should respond when trials and troubles come our way? First, some bad responses. We shouldn’t complain and grumble, rebel, have self-pity or give up. Looking at each of these in turn:

“Consider it pure joy, my brothers and sisters, whenever you face trials of many kinds, because you know that the testing of your faith produces perseverance. Let perseverance finish its work so that you may be mature and complete, not lacking anything” (Jas. 1:2-4).

“Blessed is the one who perseveres under trial because, having stood the test, that person will receive the crown of life that the Lord has promised to those who love Him” (Jas. 1:12).

“Endure hardship as discipline; God is treating you as his children” (Heb. 12:7).

Trials enable us to develop endurance and perseverance which leads to strengthened Christian character (Heb. 12:11). Paul said, “we also glory in our sufferings, because we know that suffering produces perseverance; perseverance, character; and character, hope” (Rom. 5:3-4).

This is expressed in the song “Through It All” by Andrae Crouch which says:

Let’s persevere and grow more Christ-like through all the trials that come our way.

Also see – What’s the use of trials

Prayer And Praise In Times Of Trouble

God’s servants depend on God

It has been said that “life was never meant to be easy.” And I believe we can all testify to this. We all face trials, troubles and difficulties from time to time. To help us through them, the Bible contains many examples of how God’s servants responded to their troubles. Let’s consider just two of them, one from the Old Testament and one from the New.

David’s Troubles
In the Old Testament, King Saul was jealous of David’s military victories and his popularity. Jealousy developed into hatred, and Saul pursued David to kill him. During this period before he became king, David lived as a fugitive, seeking refuge in various places and moving around to avoid Saul and his men (1 Sam. 18-30). He feared for his life.

Saul tried to kill him at least three times with a spear, and then he attempted to have him killed in a battle with the Philistines. After these attempts failed, Saul “remained his enemy for the rest of his days” (1 Sam. 18:29 NIV).

Saul then asked his son Jonathan and all his attendants to kill David, and even sent men to his house to kill him, but David escaped. David told Jonathan, “there is only a step between me and death” and Jonathan knew for certain that “his father intended to kill David” (1 Sam. 20:3,33).

David kept moving from place to place, as Saul and 3,000 men searched for him. He fled to Nob and then to Gath; he hid in the cave of Adullam and then in Moab, Judah and in the desert. Finally, he settled among the Philistines in Gath.

David’s Response
David prayed for guidance and God answered and protected him. He consulted with men of God such as Samuel, Ahimelech and the prophet Gad. He “found strength in the Lord” in difficult circumstances (1 Sam. 30:6). 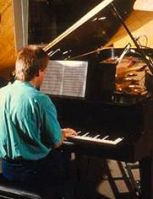 David’s experiences as he fled from Saul are described in Psalms 7, 18, 34, 52, 54, 56, 57, 59 and 142. These are characterized by both earnest prayers for God’s help and songs of praise recognizing God’s goodness. Consider these examples.

David prayed for protection in times of danger, and was ready to sing hymns of praise for God’s love and loyalty (Ps. 57:1,9-10). He asked to be protected from his enemies, yet he sang of God’s strength and love (Ps. 59:1,16). When he laid all his worries and troubles before the Lord, he looked forward to being able to praise God for His goodness (Ps. 142:2,7).

Paul’s Troubles
As a Jewish leader in the New Testament, Paul persecuted the early Church by punishing its members, trying to get them to give up their faith, putting them in prison and even supporting their execution (Acts 26:9-11).

After his conversion to Christianity, Paul faced all sorts of persecution: expulsion from Pisidian Antioch; ill-treatment and stoning in Iconium; stoning and being left for dead in Lystra; arrest, flogging and imprisonment in Philippi; a riot in Thessalonica; abuse in Corinth; being publicly maligned in Ephesus; plotted against in Greece; and being arrested, flogged, struck in the face, and having more than forty men plot to kill him in Jerusalem (Acts 13-23).

Paul said of his hardships and sufferings, that he had “been in prison more frequently, been flogged more severely, and been exposed to death again and again. Five times I received from the Jews the forty lashes minus one. Three times I was beaten with rods, once I was stoned, three times I was shipwrecked, I spent a night and a day in the open sea, I have been constantly on the move. I have been in danger from rivers … from bandits … from my own countrymen … from Gentiles … in the city … in the country … at sea and … from false brothers. I have labored and toiled and have often gone without sleep; I have known hunger and thirst and have often gone without food; I have been cold and naked” (2 Cor. 11:23-27).

His sufferings in Asia were so horrible and unbearable that death seemed certain (2 Cor. 1:8-9). He also experienced a “thorn in the flesh” that tormented him (2 Cor. 12:7-9).

Paul’s Response
Paul persevered with the mission to which God called him despite his hardships. For example, when he faced opposition from the Jews in Corinth he protested to them and moved on to preach to the Gentiles (Acts 18:6-8). Like David, under God’s guidance he was courageous and was able to escape many threatening situations.

Paul’s response to difficulties is illustrated by his time in jail at Philippi. Having been severely flogged, placed in the inner cell and fastened in stocks, Paul and Silas were “praying and singing hymns to God” in the middle of the night (Acts 16:25). So, like David, prayer and songs of praise characterized his life. This would have included prayers for those who persecuted him (Mt. 5:44; Rom. 12:14).

Our Response
Although we may not face life-threatening situations as often as David and Paul did, we can learn from their experiences. We will all face hardship, trials, troubles and difficulties while serving God in this sinful world. On such occasions it is important to realize our dependence on God and express it through prayer and praise.

In difficult times and at critical moments in life we should bring our needs to God in prayer. Then as we realize God’s power, love and goodness this should lead to praise and thanksgiving. Only those who see the big picture, God at work even in our trying times, can suffer gladly (Rom. 5:3).