Are Adam and Eve in heaven? 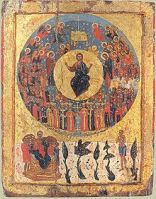 There is little information in the Old Testament about Adam and Eve after they were banished from the Garden of Eden. Instead, we read about their descendants. For example, Cain was ungodly while Abel was godly (Gen 4:1-16). Cain’s ungodly line is described first (Gen. 4:17-24) and then the godly line is described from Seth to Shem (Gen. 4:25-5:32). When Enosh was born “people began to call on the name of the Lord” (Gen. 4:26 NIV). As Adam is mentioned in the godly line – “Adam lived a total of 930 years, and then he died” (Gen. 5:5) – the Bible implies that Adam and Eve trusted in God.

Adam is listed in Christ’s human genealogy, which traces the lineage from the first human being through Abraham and David, to Heli, who was probably Mary’s father (Lk. 3:23-38). There is no evidence in the Old Testament that any of the men mentioned in this list were ungodly. This is consistent with the statement above that Adam trusted God. Of course, Adam heads everyone’s family tree, including the ungodly!

Because Adam and Eve knew God very well before their fall into sin, they probably knew Him well after the fall. They also knew God’s promise that Satan would be defeated (Gen. 3:15). The first recorded instance of animal death was when God made garments for them from animal skins (Gen. 3:21). The fact that an animal died to provide a covering for them might have been used to teach them of the need to approach God with the blood of a sacrifice, which we know was a foretaste of Christ’s sacrifice. As Abel demonstrated his faith in God with animal sacrifices, presumably Adam and Eve also offered these to God (Gen. 4:4; Heb. 11:4).

This entry was posted on February 18, 2010 by George Hawke. It was filed under Answer, Christian, Spiritual and was tagged with Adam, Eve, Garden of Eden, heaven.