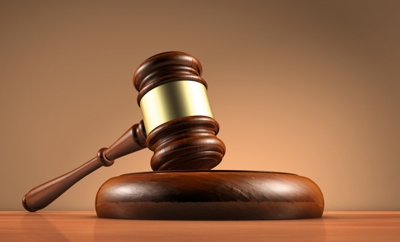 Often someone with a brain injury has no outward physical signs of injury, and may have trouble convincing others that they do have a disability. It’s common for family, employers and friends to not understand there are problems when they can’t see any physical evidence. They don’t believe that there is a brain injury and think it’s a weak excuse for inappropriate behavior. Some people also doubt God’s judgment. They don’t believe that it will ever happen and think that hell is an imaginary place. But an incident in the Bible shows that God does indeed judge the ungodly.

Lot was Abram’s nephew who travelled with him to live in Canaan about 3,900 years ago (Gen. 12:4-5). After there was conflict between their herders, Abram suggested that they live in separate places and he let Lot choose first. Lot decided to live near the city of Sodom on the well-watered plain near the Dead Sea, while Abram lived as a nomad in the hills of Canaan (Gen. 13:10-13).

This turned out to be a bad choice by Lot. We have a foretaste of this as we are told “Now the people of Sodom were wicked and were sinning greatly against the Lord” (Gen. 13:13NIV).

But the next morning, Abram looked down from the hills towards Sodom “and he saw dense smoke rising from the land, like smoke from a furnace” (Gen. 19:27-28). This means that there had been less than ten righteous people in the city of Sodom.

When Lot was told to escape from Sodom with his family because God was going to destroy the city, he told his sons in law, but they thought he was joking. So they perished in the disaster. Only Lot and his two daughters reached safety in Zoar. Like in the global flood, only one family escaped the disaster. And the town of Zoar was spared from the disaster because of Lot’s request to God.

The destruction was so complete that there is considerable doubt today as to the exact location of the ancient city of Sodom.

When God gave the reasons for His judgement of Jerusalem, He said that they were worse than those living in Sodom who “were arrogant, overfed and unconcerned; they did not help the poor and needy. They were haughty and did detestable things before me” (Ezek. 16:49-50). The Sodomites were guilty of social injustice and sexual immorality, such as practicing homosexuality (Jude 7). And they were proud of their behavior (Isa. 3:9)! These actions were the results of their rejection of God.

The sins of Sodom are still prevalent today. This shows that human nature hasn’t changed over the past 3,900 years! We’re not evolving into better people even though we have improved technology! And their sins were more serious than a lack of hospitality, which is the interpretation often given today.

What can we learn from what happened at Sodom?

First, God judges the ungodly. This is a solemn lesson. The Bible says that Sodom is “an example of what is going to happen to the ungodly” (2 Pt. 2:6). It’s “an example of those who suffer the punishment of eternal fire” (Jude 7). Sodom was burnt to ashes. It shows how the Lord “holds the unrighteous for punishment on the day of judgment” (2 Pt. 2:9). As judgment day came for Sodom, it will come to all who reject God’s revelation to them. The wicked will be punished in hell. Few people believe this message from the Bible. Few people will read or “Like” this blogpost.

It also shows that God is a fair judge. He told Abram about His plan. And He was willing to mitigate the judgement based on Abram’s request. God is a just judge. The wickedness of Sodom had become so great that it would have been unjust of God not to judge it. And God is a merciful judge. He rescued three people from the judgment. He discriminated between the guilty and the innocent.

Jesus said that His second coming to judge unbelievers will be like what happened at Sodom, “It was the same in the days of Lot. People were eating and drinking, buying and selling, planting and building. But the day Lot left Sodom, fire and sulfur rained down from heaven and destroyed them all” (Lk. 17:28-29). So the destruction of Sodom is a foretaste of a day when all rebellion against God will be judged and destroyed.

What kind of people deserve to be destroyed like this? When Jesus sent out His disciples to announce the kingdom of God, if a town rejected this message then “it will be more bearable on that day (of judgment) for Sodom than for that town” (Lk. 10:12). They will be judged more severely than the city of Sodom. What kind of people deserve to be destroyed in this way? Those who have rejected God. Those who have rejected the message about Jesus in the Bible. Until we trust in what God did through Jesus Christ, we all deserve to be judged.

If you don’t trust in Jesus, then you are like those who lived in Sodom. The Bible says, “how shall we escape if we ignore so great a salvation?” (Heb. 2:3).

Second, the godly receive God’s mercy. As God rescued Lot from Sodom, He “knows how to rescue the godly from trials” (2 Pt. 2:9). For those who love and trust Him, no matter how undeserving they are, God will do everything necessary to spare them from judgement. Believers can look forward to the inheritance of heaven (1 Pt. 1:4-5).

Third, our choices have consequences. Lot was a believer who wouldn’t separate from the sinful world (2 Pt. 2:7-8). He was a backslider who adjusted to the evils of Sodom and compromised his morals. Even his sons in law didn’t believe him. Consequently, he lost his wife, his sons-in-law, his friends, and his possessions.

Fourth, God answers our prayers. Abram was a believer who prayed for Lot. God answered this prayer by rescuing Lot before the city was destroyed. Do we pray for others? Do we realize that Jesus intercedes (prays) for us (Heb. 7:25)?

Lot did escape from Sodom although he was reluctant. Don’t leave it too late to trust in God’s salvation through Jesus.

Let’s be like Abraham and pray for our communities, because God answers our prayers.

Appendix: How was Sodom destroyed?

It is clear that the Biblical account of Sodom in Genesis is derived from sources that pre-date the destruction of Sodom. It says that “the whole plain of the Jordan toward Zoar was well watered, like the garden of the Lord, like the land of Egypt. (This was before the Lord destroyed Sodom and Gomorrah)” (Gen. 13:10). At that time the valley was fertile and supported a large population. But after the disaster, it became a barren place.

The Bible says, “Then the Lord rained down fire and burning sulfur from the sky on Sodom and Gomorrah” (Gen 19:24NLT). And Moses “looked out across the plain toward Sodom and Gomorrah and watched as columns of smoke rose from the cities like smoke from a furnace” (Gen. 19:28NLT).

As Sodom was located near the Dead Sea in the Jordan Rift Valley, it may have been destroyed by an earthquake that unleashed showers of streaming tar. The Bible says that at that time the Dead Sea Valley “was full of tar pits” (Gen. 14:10). This bitumen contains a high percentage of sulfur. It has been suggested that pressure from an earthquake could have caused the bitumen deposits to be forced out of the earth through a fault line. As it gushed out of the earth it could have been ignited by a spark or surface fire. It would then fall to Earth as a burning, fiery mass.

Also see other articles on places in the Bible:
Bethlehem, God’s solution to our crises
Gehenna – Where’s hell?
Where’s Zion?
Babylon, center of humanism and materialism
Lessons from Egypt
Massacres and miracles in Jericho
Rebellion and deception at Samaria
Nineveh experienced God’s mercy and justice
Worshipping God and idols at Bethel
Many battles at Megiddo

This entry was posted on March 6, 2018 by George Hawke. It was filed under Christian, History and prophecy, Spiritual and was tagged with Abram, disaster, escape, judgment, Lot, mercy, sin, Sodom.