The Lord’s Supper is a memorial, not a transubstantiation 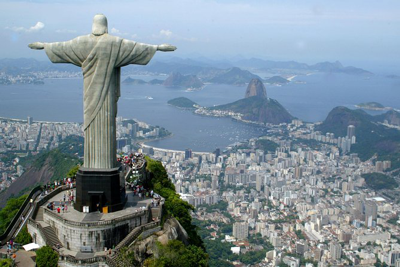 We celebrate the Lord’s Supper as a memorial or a remembrance of what Christ did on the cross, but it can be different in some other churches.

According to the Roman Catholic Church, at the Lord’s Supper the bread and the wine mystically change into the actual body and blood of Christ. However, the outward characteristics of the bread and wine remain unaltered. This miracle (called transubstantiation) is believed to be brought about by the priest’s prayer. After this they believe that the bread and wine are holy and sacred.

In 1 Corinthians 11, Jesus “took bread, and when He had given thanks, He broke it and said, ‘This is my body, which is for you; do this in remembrance of me.’ In the same way, after supper he took the cup, saying, ‘This cup is the new covenant in my blood; do this, whenever you drink it, in remembrance of me’” (1 Cor. 11:23-25NIV).

A passage from John where Jesus said, “I am the bread of life”, is often used to support the belief that the bread and wine become Christ’s body and blood (Jn. 6:43-59). Jesus told a crowd of Jews, “Very truly I tell you, unless you eat the flesh of the Son of Man [Jesus] and drink His blood, you have no life in you. Whoever eats my flesh and drinks my blood has eternal life, and I will raise them up at the last day” (Jn. 6:53-54). But this is not about the Lord’s Supper because:
– the context is the day after Jesus feed the 5,000 (v.22). The crowd was seeking physical food, but Jesus said they needed spiritual food. To eat “the bread of life” was to believe in what Jesus said (Jn. 6:35, 47-51). So “flesh” and “blood” are figurative, not physical (Mk. 4:10-11). They point to Jesus’ death as a sacrifice.
– In this passage eating and drinking are metaphors for believing that Christ’s death paid the full penalty for our sin. Jesus often spoke in metaphorical language like this – He called Himself a door or gate, a shepherd and a vine (Jn. 10:9, 11; 15:1). Unlike the Lord’s Supper, this eating and drinking gives eternal life (v.54). And eternal life comes through belief in the work of Christ for salvation (Jn. 6:40).
– the Lord did not introduce the Lord’s Supper until the end of His ministry, which was about one year after the events described in this passage (Jn. 6:4).

Luke Wayne says that Paul’s point only follows if the bread and wine are not the physical flesh and blood of Jesus (see Appendix). Only then is there any real analogy to be made between the Lord’s Supper as the table of Christ and idolatry as the table of demons.

At the Reformation, protestants rejected the idea of consuming Christ’s body and blood at the Lord’s Supper. Christ’s sacrifice doesn’t need to be repeated in this way– it was “once for all” (Heb. 10:10). Jesus’ body ascended to heaven and is now at the right hand of God. It can’t be in heaven and on earth at the same time; a human body cannot be present in more than one place at a time. And He has promised to return and establish His Millennial kingdom. Of course, Christ’s spiritual presence is omnipresent.

Martin Luther and John Calvin believed in a spiritual presence of Christ in the bread and wine rather than a physical one. And Huldrych Zwingli believed it was a memorial. On the other hand, Salvation Army churches don’t observe the Lord’s Supper at all.

The idea of transubstantiation is an example of eisegesis (reading into the text what the interpreter wishes to find or think they find there) or poor exegesis (reading out of the text what the original author meant to convey) by a mainstream church. Instead, church practices and traditions should be consistent with Scripture and not inconsistent. This inconsistency is concerning because the Eucharist (Lord’s Supper) is part of the Mass, which is central to the life of the Roman Catholic Church.

Jesus criticized the Pharisees because they replaced Scripture with human tradition (Mk. 7:1-13). And Isaiah made the same accusation against the Israelites (Isa. 29:13).

Jesus doesn’t have a gravestone or a monument, the Lord’s Supper is how we can remember Him. The bread and wine are a memorial, and they don’t become Jesus. This is a time to remember and reflect on what Christ has done through His death. The bread and the cup of wine help us to remember that Christ’s body was broken for us, and His blood was shed for us. They symbolize the death of Christ.

The Lord’s Supper is a memorial, not a transubstantiation.

Beware of church traditions that are not consistent with the teachings of the Bible.

Lord, thanks for giving us a way to remember your substitutionary death on the cross for the sins of the world. The bread reminds us of your body which suffered when it was given for us. And the wine reminds us of the blood shed at your crucifixion. We offer thanks and praise for your sacrifice as we share the emblems together.

Reading the verse in context:

“Therefore, my dear friends, flee from idolatry. I speak to sensible people; judge for yourselves what I say. Is not the cup of thanksgiving for which we give thanks a participation in the blood of Christ? And is not the bread that we break a participation in the body of Christ? Because there is one loaf, we, who are many, are one body, for we all share the one loaf. Consider the people of Israel: Do not those who eat the sacrifices participate in the altar? Do I mean then that food sacrificed to an idol is anything, or that an idol is anything? No, but the sacrifices of pagans are offered to demons, not to God, and I do not want you to be participants with demons. You cannot drink the cup of the Lord and the cup of demons too; you cannot have a part in both the Lord’s table and the table of demons. Are we trying to arouse the Lord’s jealousy? Are we stronger than He?” (1 Cor. 10:14-22).

Paul goes on to speak of those who eat food sacrificed to idols (indeed, that’s who this passage is really addressing). Paul warns such men not to become “participants with demons”. The issue is not participating in the sacrifice, or even in the idol, but rather participating with demons. The sacrifice is not in any sense the body of a demon. Neither is the idol. The passage is clear on this when it states, “Do I mean then that food sacrificed to an idol is anything, or that an idol is anything? No.” Those who participate in idolatrous feasts are not participating with demons because the meat is actually part of the demon. The meat is nothing. Even the idol, the statue of a so-called god to which the meat is offered, is nothing. Yet, “the sacrifices of pagans are offered to demons, not to God, and I do not want you to be participants with demons”. Behind the false pagan gods were real evil spirits deceiving the lost gentile nations. To participate in pagan sacrificial worship is to share with the demons who are the objects of that worship. The sacrifice and the idol are actually nothing. They represent, however, the reality of the demonic influence behind such idolatrous acts. Paul’s concern was over what eating meat that is publically dedicated to an idol might represent. His concern is not with what the meat actually is.

Clearly, then, when Paul speaks of “participation in,” something, he does not mean “literally eating” it. What each of these examples has in common is that a person is sharing in one thing by eating something else that is not directly the thing in which the person is sharing. In the context of 1 Corinthians 10:16, “participation in” is participation by extension, whether that be in the body and blood of Christ, in the holy altar, or in demons. In fact, this is the only way to make sense of Paul’s point! He is explaining how one can believe that meat offered to an idol is itself nothing, and yet how one can still say that a person ought not to eat such meat.

“You cannot drink the cup of the Lord and the cup of demons too; you cannot have a part in both the Lord’s table and the table of demons” (1 Cor. 10:21).

When we actually follow Paul’s argument, it makes no sense if Paul is saying that the bread and cup are sacred because they are, in fact, the literal flesh and blood of Jesus’ human body. In that case, there is no comparison between sharing in Christ’s body by eating the actual flesh of that body and supposedly sharing in demons by eating animal flesh that is just animal flesh and has nothing to do with the actual demon. Paul’s point only follows if the bread and wine are not literally the physical flesh and blood of Jesus. Only then is there any real analogy to be made between the Lord’s Supper as the table of Christ and idolatry as the table of demons.

This entry was posted on January 4, 2022 by George Hawke. It was filed under Christian, Church, Spiritual and was tagged with blood, body, bread, Communion, Jesus, Lord's supper, memorial, reformation, remembrance, transubstantiation, wine.