Be encouraged, not discouraged

The letter of 2 Thessalonians tells Christians how to face difficult times, in this case it was facing false teaching. The key verse is 2:15 which says, “stand firm and keep a strong grip on the teaching we passed on to you both in person and by letter” (NLT). That meant to follow the teaching given by the apostles, which is now in the New Testament. 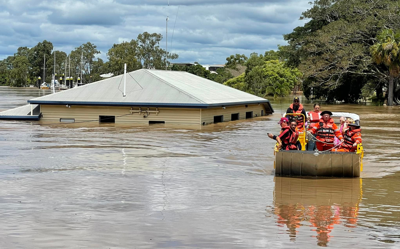 Then Paul wrote a prayer, “May our Lord Jesus Christ Himself and God our Father, who loved us and by His grace gave us eternal encouragement and good hope, encourage your hearts and strengthen you in every good deed and word” (2 Th. 2:16-17NIV).

This shows that both God the Father and God the Son (Jesus Christ) answer prayer. And they give us four things:
– Love (like the gift of salvation through Christ’s sacrificial death)
– Eternal encouragement (like our sin has been forgiven)
– Good hope (like a promised future with the Lord)
– Strength (like being able to put the principles of the Bible into practice)

God encourages us with His promises in the Bible. The Christian has confidence now and forever because of these promises. And God always keeps His promises. That’s how the Scriptures can encourage us (see Appendix A).

In the Old Testament

God’s people were not to be discouraged when they faced a difficult situation. It shows that an awareness of God’s presence is a cure for discouragement.

Don’t follow your feelings or seek encouragement only from circumstances, as you will be disappointed. Don’t forsake the Lord when life gets tough. Instead, encourage yourself and others by remembering all that God has done and promises to do. We can rely on God’s word and His presence with us.

Paul prayed that God would encourage and strengthen them inwardly in order to produce good deeds and good speech outwardly. Their greatest resource was God Himself. By mentioning both the Son and the Father, he is emphasizing their unity. Paul also mentions three things about God: He loved them, He gave them “eternal encouragement”, and He gave them “good hope”. Likewise, because of the gift of His Son for us, our sin has been forgiven and so believers have the eternal encouragement now and the hope of a future with the Lord. So, our source of encouragement and hope should be God’s promises in the Bible. Also, note that the Christian life is not just words to know, but deeds to do. All the principles of God’s word need to be put into practice. Otherwise, we are hypocrites if we say the right words but never apply these to ourselves.

Appendix B: Biblical ways to get encouraged

According to the New Testament, the most common ways to get lasting encouragement are to meditate on certain Scriptures, on the gospel message of salvation through Jesus Christ, on Christ’s return and on our Christian faith shared with other believers.

Let’s be encouraged by God’s promises in the Scriptures, in the good news of salvation, in Christ’s return and in the faith we share with other believers. These are all linked, with the gospel being the core message conveyed by the Scriptures and Christ’s return being the hope of the gospel. It’s interesting that these facts do not depend on our circumstances, but in fact bring encouragement amidst struggles and suffering.