Is insistence on Sabbath-keeping legalism? 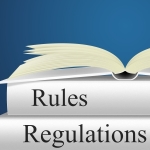 The blogpost that has generated the most comments on my blog is “I went to a church service that was held on Saturday instead of Sunday and was told that was when we should worship God. What does the Bible say about this topic?” This post was written in 2011. No one has clicked the “Like” button, but at least 18 people have left comments. So it has generated lots of discussion. Most of the commentators disagree with the opinion expressed in the post. 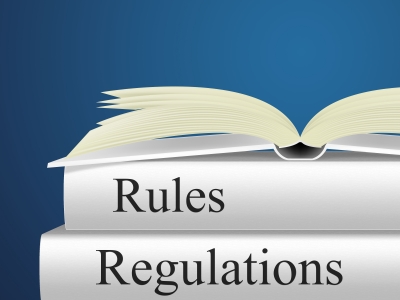 After his commentary on the book of Galatians, MacDonald (1989) states that “On completing a study of Galatians, one might conclude that Paul defeated the teachers of legalism so effectively that the issue would never trouble the church again. History and experience prove otherwise! Legalism has become so important a part of Christendom that most people believe that it actually belongs. Yes, legalists are still with us.”

The major example MacDonald gives of contemporary legalism is insistence on Sabbath-keeping. He refers to those who warn Christians that they must keep the Sabbath if they are to be saved at last. Then he gives the following warning of this false teaching and how to answer it.

The (false) teachers of the Sabbath usually begin by preaching the gospel of salvation by faith in Christ. They use well-known evangelical hymns to lure the unwary, and appear to place much emphasis on the Scriptures. But before long, they put their followers under the law of Moses, especially the commandment concerning the Sabbath. (The Sabbath is the seventh day of the week, or Saturday).

How do they do this in the light of Paul’s clear teaching that the Christian is dead to the law? How do they get around the plain statements of Galatians? The answer is that they make a sharp distinction between the moral law and the ceremonial law. The moral law is the Ten Commandments. The ceremonial law covers the other regulations given by God, such as rules concerning unclean foods, leprosy, offerings to God, and so forth.

The moral law they say has never been revoked. It is an expression of God’s eternal truth. To commit idolatry, murder, or adultery will always be contrary to God’s law. The ceremonial law, however, has been done away in Christ. Therefore, they conclude, when Paul teaches that the Christian is dead to the law, he is speaking about the ceremonial law and not the Ten Commandments.

Since the moral law is still in effect, Christians are bound to keep it, they insist. This means that they must keep the Sabbath, that they must do no work on that day. They assert that one of the popes of the Roman Catholic Church (or the Emperor Constantine) ordered the change from Sabbath-observance to observance of Sunday, in utter violation of the Scriptures.

This reasoning sounds logical and appealing. However, its great condemning feature is that it is entirely contrary to God’s word! Note the following seven points.

Thus, the teaching that believers must keep the Sabbath is directly contrary to Scripture (Col. 2:16), and is simply a “different gospel” upon which God’s word pronounces a curse (Gal. 1:7,9).

May each one be given wisdom from God to discern the evil doctrine of legalism in whatever form it may appear! May we never seek justification or sanctification through ceremonies or human effort, but depend completely and only on the Lord Jesus Christ for every need. May we always remember that legalism is an insult to God because it substitutes the shadow for the Reality—ceremonialism for Christ.

Also see: What about keeping the Sabbath day?
I went to a church service that was held on Saturday instead of Sunday and was told that was when we should worship God. What does the Bible say about this topic?
What does the New Testament say about the Sabbath?
I’ve been told that Christians should keep the ten commandments as they were God’s law and not the law of Moses.  Is this true?
The Sabbath day difference between Jesus and Paul
Why the new covenant is better
The sin of legalism