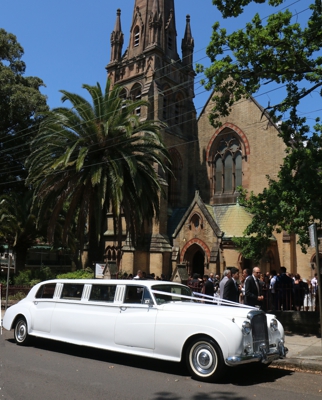 At a recent wedding the bridal party arrived at the church in a Lamborghini and stretch limousine. And they arrived at the Reception to fireworks and frenetic music and drumming. It was a grand entry. In contrast, although Jesus was announced by angels, His was a humble entry.

At Christmas we remember the coming of Jesus Christ into the world. This was announced when an angel told some shepherds that the Jewish Messiah had been born in Bethlehem. That’s amazing because shepherds were near the bottom of the social ladder. And Bethlehem was only a small town. But how would the shepherds find him? And how would they recognize him? So they were given a sign from God to help them.

The Greek word semeion (Strongs #4592) means a “sign”. In this context it’s the means by which a person is distinguished from someone else. For example, Judas Iscariot identified Jesus by kissing him (Mt. 26:48). And circumcision was a sign of the covenant between God and the Israelites (Rom. 4:11). Miracles signified an apostle (2 Cor. 12:12). And Paul’s handwriting showed that his letters were authentic (2 Th. 3:17).

They were given an unusual sign to identify the Messiah. Important people like royalty, and a President or Prime Minister are usually characterized by pomp, ceremony, security and publicity. That’s the kind of sign we would expect for the Messiah.

But the angel said, “This will be a sign to you: You will find a baby wrapped in cloths and lying in a manger” (Lk. 2:12NIV). So the sign was a baby lying in a cattle feeding-trough! What a humble birth.

Jesus was born into the world just like all of us. It was a normal birth (following a supernatural conception). He was a tiny helpless baby. Nothing would have seemed supernatural. Why did God choose to enter the human race like this? So that He could provide for our salvation. Jesus had to be fully human so He could die for our sins (Heb. 2:14-17). He had to become like us in order to save us. 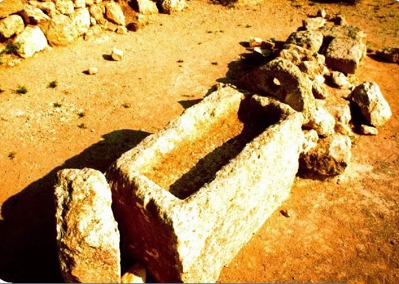 A baby lying in a cattle feed trough

The reason that baby Jesus was lying in a manger was “because there was no guest room available for them” (Lk. 2:7). The last supper was held in the guest room of a house in Jerusalem (Mk. 14:14; Lk. 22:11). According to scholars, the most likely place for a manger in Bethlehem was in a one-roomed peasant house with two levels. People occupied the upper level (Arab. mastaba) and animals the lower one (ka’ al-bet). The animals are housed overnight and fed from mangers built into the floor of the upper terrace or mounted to the walls near the lower level. Presumably there was no cradle in the house, but a manger could perform the same function.

The shepherds were told that they would find the baby in a manger. Shepherds were near the bottom of the social ladder and in many homes they would feel their poverty and be ashamed of their low position in society. But in this case, they faced no humiliation because it was probably a simple peasant house like their own with mangers for the animals. That’s why they said, “Let’s go to Bethlehem and see this thing that has happened, which the Lord has told us about” (Lk. 2:15). And they hurried off to find Joseph, Mary and baby Jesus.

What a strange way for a Messiah and Savior to enter the world. Even the poorest child would not be found in a manger.

The Bible says that Jesus gave up His divine glory when He came to earth “by taking the very nature of a servant (slave), being made in human likeness” (Phil. 2:7). And “that though He was rich (in heaven), yet for your sake He became poor (on earth)” (2 Cor. 8:9). He did this (was born, lived, died and rose again) in order to die the death that we deserve. Through what Jesus has done, we “might become rich”. The promise is not for physical earthly riches, but spiritual heavenly riches. It’s forgiveness of our sins, reconciliation with God, and eternal life. What Jesus did was like an “indescribable gift” (2 Cor. 9:15). As a gift, it has not benefit to us unless we accept it. That’s why the Bible says. “might become rich”, not “will become rich”. Have you accepted God’s gift? Not many Jews recognized that Jesus was the Messiah. Why not recognize Him as your Savior?

Those who follow Jesus are to imitate His humility (Phil. 2:1-8). Our attitude is to be one of unity. mutual love, harmony, humility, sacrifice, and service, rather than being self-centered. Saul was recognized for being tall, Zacchaeus for being short and Jesus for being humble (1 Sam. 9:2; Lk. 19:1-4). But what is our characteristic attitude?

This entry was posted on December 26, 2017 by George Hawke. It was filed under Christian, Christmas, Spiritual and was tagged with baby, feed-trough, humble, humility, Jesus, manger, Messiah, sign, wedding.