You are welcome here 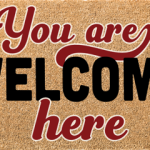 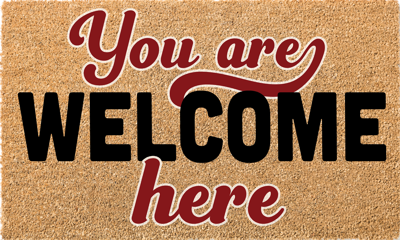 It was Christmas Day. I was in Kathmandu 10,000 kilometers from home. I knew no one. I didn’t understand the language everyone was speaking around me. The food, the gestures, the smells were all new and strange to me. Yet I clapped along to the songs, in which I understood only one word, with a sense of belonging. The word was Yesu – Jesus. Because of Jesus these strangers were also my brothers and sisters. They welcomed me. They shared their Christmas lunch with me. They invited me back to their homes with warm smiles and enthusiasm. END_OF_DOCUMENT_TOKEN_TO_BE_REPLACED

What is the meaning of the seven Jewish festivals? 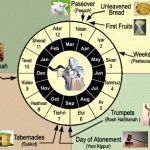 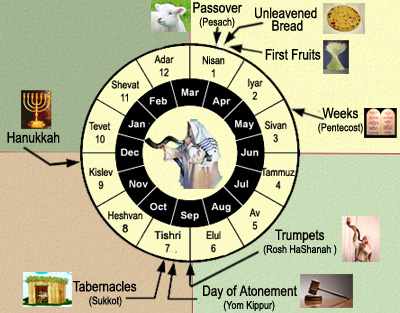 The phrase “Hindsight is 20/20” refers to the fact that it is easier to analyze and evaluate events after they have already happened, rather than beforehand or when you’re in the middle of them. Hindsight refers to looking back or reflecting on things in the past, and 20/20 refers to perfect vision. So when we look back on situations in the past, we see things clearly that were not clear to us at the time. The phrase has been applied to the COVID-19 pandemic. And it is applied to the Jewish Festivals in this post. END_OF_DOCUMENT_TOKEN_TO_BE_REPLACED

What did Jesus mean when He said He would not eat the Passover again until it was fulfilled in the kingdom of God (Lk. 22:16)? 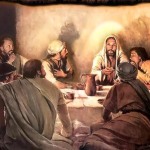 This statement is included in a description of how Jesus celebrated the Jewish Passover festival with His disciples just before He was executed.

When the hour came, Jesus and His apostles reclined at the table. And He said to them, “I have eagerly desired to eat this Passover with you before I suffer. For I tell you, I will not eat it again until it finds fulfillment in the kingdom of God”. After taking the cup, He gave thanks and said, “Take this and divide it among you. For I tell you I will not drink again from the fruit of the vine until the kingdom of God comes.” (Lk. 22:14-18NIV).

The Lord looked forward to this occasion because it was the last Passover that He would share with His disciples and the last Passover of His first advent on earth. He also looked ahead to the kingdom of God. The previous mention of the “kingdom of God” in the book of Luke is associated with a description of Christ’s second advent (Lk. 21:25-31). This means that the next time He would be on earth to celebrate such a Jewish festival would be during His millennial kingdom, after His second advent on earth (Rev. 20:1-6). Jesus would eat no more Passover meals until this time.
Link to outline of events associated with the second advent.

As He is talking about a physical meal (v.15-16) and a physical drink (v.17-18), the Lord is addressing a future physical kingdom and not a spiritual one. At this time, the temple will be rebuilt, the Jewish priesthood restored and the Israelites will occupy their promised land (Ezek. Ch. 40-48). They will also resume Jewish festivals like the Passover (Ezek. 45:21). So, the future Passover is also physical like it was in the Old Testament (OT) times.

In the New Testament Jesus is referred to as “the Lamb of God who takes away the sin of the world” and “our Passover lamb” who “has been sacrificed” (Jn. 1:29, 1 Cor. 5:7). Through His sacrificial death on the cross He paid the penalty for our sin. In this way, Jesus was like the Passover lamb, which died as a substitute (Ex. 12:21-30). Furthermore, He was crucified on Passover day. But the fact that Christ has delivered sinners from hell and been victorious over Satan and the forces of evil will not be evident until He returns in great power to establish His kingdom on earth.

How is the Passover “fulfilled in the kingdom of God”? As the Israelites escape from slavery wasn’t realised until the Egyptians drowned in the Red Sea, so Christ’s victory over Satan will not be complete until Satan’s forces are defeated at the triumphant second advent (Rev. 19:11-21). The purpose of the Passover was so the Israelites could settle in Canaan as God’s people, living according to His commands. But because they disobeyed and rebelled against God over many years, God allowed them to be invaded and scattered to foreign countries. After this God predicted the Gentile kingdoms that would rule over the Jews, culminating with a promise to establish His eternal kingdom on earth (Dan. 2:44). So the victory that began with the first Passover in Egypt and was remembered whenever the Jewish Passover festival was celebrated will be ultimately finalised when Christ’s millennial kingdom is established on earth.

Soon after this passage in Luke, Jesus referred to the “kingdom of God” once again when He promised that the disciples would reign over the earth in the coming kingdom (Lk. 22:29-30; Rev. 5:9-10). So at this Passover, Christ looked ahead to the fulfilment of God’s purposes. Likewise, at the Lord’s Supper believers today look back to the Lord’s death and ahead to His coming again (1 Cor. 11:23-26).

At the Passover the OT Jews remembered their rescue from slavery in Egypt, whereas in the coming kingdom Jewish believers will remember that through the death of Christ, they have been rescued from the penalty of their sin.

In summary, Jesus hasn’t eaten the Passover since He ascended into heaven. Only after He returns to the earth as king to establish the kingdom of God on earth will He be able to celebrate the Passover again. The rescue mission that began with the Passover, which was a foretaste of Christ’s death, will be completed and evident to the universe at the second advent of Christ and in His subsequent kingdom.

A covenant is an agreement or a promise between individuals or groups of people. The first covenant, or the old covenant, was the law that was given to the Children of Israel via Moses at Mt Sinai. It promised blessing for obedience but threatened death for disobedience. The law was a covenant of works. But because it depended on people’s obedience, it could not produce righteousness. The new covenant was given so that people would become conscious of their sin (Rom. 3:20; 7:7). It showed them they could not keep it, so they would then be ready to receive a Savior.

“This is the covenant I will establish with the people of Israel after that time, declares the Lord. I will put my laws in their minds and write them on their hearts. I will be their God, and they will be my people. No longer will they teach their neighbor, or say to one another, ‘Know the Lord,’ because they will all know me, from the least of them to the greatest. For I will forgive their wickedness and will remember their sins no more” (Heb. 8:10-12NIV).

This covenant was “new” (the Greek word commonly used meant “unique”) because:

When we look at the Old Testament references, we see that the blessings of the new covenant are both physical and spiritual. They are “better promises” than the old covenant (Heb. 8:6).

The promise of the new covenant was given to the Jews (Heb. 8:8) and will be fulfilled when the Lord comes to set up the Millennial kingdom (Rev. 20:2,4). “I do not want you to be ignorant of this mystery, brothers and sisters, so that you may not be conceited: Israel has experienced a hardening in part until the full number of the Gentiles has come in, and in this way all Israel will be saved” (Rom. 11:25-26a). The mystery (a new revelation) is that the largely Gentile church must first be gathered in the rapture, before the spiritual hardness of Israel is healed when a Jewish remnant will be saved out of the coming great tribulation to live in God’s kingdom on earth.

What has this promise, given to the Jews, got to do with us today? Because the Jews rejected the Messiah, the gospel was offered to the Gentiles. The Gentile church was another mystery that was revealed to Paul and he used the term “new covenant” to describe the gospel of God’s grace (2 Cor. 3:6).

In the Lord’s Supper, Jesus said that the cup of wine represented “the new covenant in my blood” (1 Cor. 11:25). The death of Christ forms the basis of spiritual blessings for the Church as well as the covenantal physical and spiritual blessings promised to the nation of Israel. Christ was a mediator for both Old Testament and New Testament believers and for those who will believe and enter the Millennial kingdom. In the meantime, some of the blessings of the new covenant are enjoyed by all believers— the spiritual blessings, not the physical ones. For example, we have forgiveness of sins, a close relationship with the Lord and the indwelling Holy Spirit

In the future Israel will be blessed under the rule of the Lord in the Millennium (Hos. 3:5); while believers will reign with Him over the universe (Eph. 1:22-23). What wonderful promises!